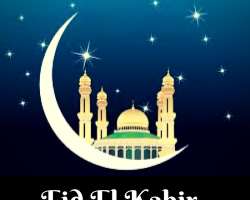 He also urged all to extend the virtues of kindness and sharing what they have with those that do not have beyond the festivity, especially, those affected by the insurgency.

A statement issued Tuesday by the State Secretary, NUJ Borno State Council, Malam Mohammed Ibrahim said the NUJ equally commend the country's Armed Forces for safeguarding the citizenry and appeals for beefing up security of returnee IDPs who have continuously been intimidated by the insurgents.

The statement read also in quote: "The Union is also calling on the citizens who have reached voting age to come out and register in the extended voter registration exercise and others to collect their permanent voter cards PVCs before the end of August 2018 in order to exercise their franchise towards building the nation's democracy and promote good governance."

"Let us all join hands in contributing our individual quota to promote peaceful coexistence by being our brothers' keeper and cooperate with security operatives for the common good."