US Embassy To Reopen Abuja Office On Friday August 24 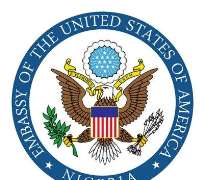 The US Embassy has announced that operations will resume at its Abuja Consular office on Friday, August 24, 2018.

The Embassy made the announcement in a statement on its official website on Monday.

The statement read: “The U.S. Embassy in Abuja’s consular section will reopen on August 24 for full services for both visas and American Citizen Services (ACS). Please note that consular functions at the U.S. Consulate Lagos were never affected and will continue as usual, we regret the inconvenience this interruption of service in Abuja has caused.”

It also urged visa applicants whose appointments were cancelled during the period of temporary closure to expect to be contacted for rescheduling.

“Visa and ACS applicants who were requested by an officer to appear again for follow-up questions on existing applications should contact our office to arrange a new date.”

The embassy had announced a temporary closure of its Abuja office last week for “reasons beyond [its] control”.

SaharaReporters had exclusively reported on Thursday that the shutdown of operations was due to the receipt of a Nigerian passport that strangely contained an unusual amount of white powder.