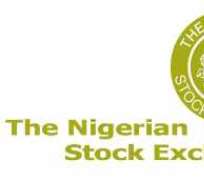 Lagos, Monday, August 20, 2018: Media Rights Agenda (MRA) today accused the Nigerian Stock Exchange (NSE) of showing complete nonchalance towards the Freedom of Information (FOI) Act, 2011 as it inducted the institution into its “FOI Hall of Shame”.

Ms Chioma Nwaodike, MRA’s Legal Officer, announced the institution as this week’s inductee into the Hall of Shame, noting that the NSE has defaulted in complying with its duties and responsibilities under the FOI Act and by this action challenged the essence of the Act.

The NSE was established in 1960, originally as the Lagos Stock Exchange, and subsequently renamed the Nigerian Stock Exchange in 1977. The NSE is licensed under the Investments and Securities Act (ISA) and regulated by the Securities and Exchange Commission (SEC), and serves as the most significant source for companies to raise funds and business capital.

Ms Nwaodike said: “Given its mission, the NSE should operate and project itself in a manner that will uphold integrity, transparency and protect the investors, thereby creating confidence in the institution. One way of doing this effectively is to observe all the provisions of the Freedom of Information Act, which will enable it to be transparent and project an image of integrity.”

According to her, although the NSE has on its website names of members of its corporate governance team, detailed summaries of securities traded each week, notice to dealing members, company-specific financials, corporate actions and some market information, it has, however, failed to comply with its other obligations under section 2 of the FOI Act, which mandates it to proactively disclose certain categories of information and update them regularly.

Ms Nwaodike observed that there is no reference to or mention of the FOI Act on the NSE’s website as the institution has treated the Law with complete disdain based, perhaps, on its initial mistaken belief that the Law was not applicable to it.

In refusing to disclose the information, the NSE claimed that it is not subject to the FOI Act and therefore not under any obligation to honour their request for information.

In the ensuing litigation at the Federal High Court in Lagos, the Court noted that the NSE exists to serve the interest of the public, which is a public function, as it was established to carry out its activities in the interest of investors and the public. Justice Ayokunle Faji accordingly ruled that “on a literal interpretation of Section 2(7) Freedom of information Act therefore, it seems to me and I hold that the Defendant (NSE) is a public institution and therefore subject to the Freedom of Information Act.”

Ms Nwaodike noted that even in the aftermath of the Court’s decision, the NSE has not taken steps to bring itself into compliance with the FOI Act and has continued to insist that the Act does not apply to it.

She observed that in the last seven years since the commencement of the FOI Act, the NSE has failed to submit its annual reports on its implementation of the Act to the Attorney-General of the Federation as directed by section 29 of Act, adding that “its failure to comply with this mandatory requirement obviously amounts to a violation of the Law.”

Ms Nwaodike said in addition to this dereliction, the NSE was also guilty of non-compliance with Section 2(3)(f) of the Act as it has failed to designate as well as publish the title and address of an appropriate official of the institution to whom applications for information under the Act should be sent by members of the public.

According to her, there is little doubt that the failure to designate such an official and publish his or her contact details has had negative implications for the rights of members of the public to access to information from the NSE as those interested in obtaining information from it would obviously not know where to direct their requests for information.

In any event, Ms Nwaodike said, despite its best efforts in tracking requests for information made by members of the public and the responses to such requests by the relevant public institutions, MRA is not aware of any request for information that the NSE has granted over the last seven years.

Ms Nwaodike noted that despite the express provisions of the Law, there is also no indication that the NSE has provided appropriate training for its officials on the public right of access to information at any time in the last seven years, as it is required to do under Section 13 of the FOI Act.