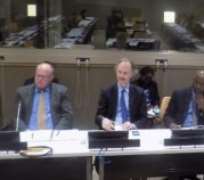 In modern society, prolonged sitting is now the norm; at the office, watching television: our lives are easily filled with physical inactivity.The negative health consequences of sedentary living are also growing clearer.

But a newly published meta-analysis has discovered that even short breaks from prolonged sitting can reduce some of the adverse metabolic effects associated with it. Short stints of low-level activity can make a real difference.

As Dr. Meredith Peddie, co-author of the new study, explains, “Most of us spend about 75 percent of our day sitting or being sedentary, and this behaviour has been linked to increased rates of diabetes, cardio-vascular disease, some cancers and overall mortality.

The exact reasons why prolonged sitting is so unhealthful are not fully known, but certain metabolic factors are thought to play a part.

For instance, long periods with little exertion reduce insulin sensitivity and glucose tolerance, while increasing levels of triglycerides — the main constituent of body fat — in the blood.

They set out to explore whether small changes in behavior may be effective at minimizing some of the negative acute metabolic and vascular effects of long periods of sedentary behavior.

To investigate, the team assessed 44 existing studies that focused on interrupting prolonged sitting with various amounts and types of movement. Their findings were published recently in the journal Sports Medicine.

More specifically, they were interested in the effect of up to 24 hours of prolonged sitting following a meal. They measured its influence on various factors, including glucose, blood pressure, and vascular function.

They compared these effects with individuals whose sitting was interrupted with light to moderate activity.

They found that even light-intensity activity every 30 minutes had significant effects.

Physical activity of any intensity was shown to reduce concentrations of glucose and insulin in the blood up to 9 hours after the meal. Similarly, levels of fat in the blood were also reduced, but this only occurred 12–16 hours after activity began.

Dr. Peddie and colleagues were particularly surprised that the beneficial changes they saw were not affected by the intensity of the activity or the age or weight of each participant. Similarly, the type of meal eaten before the prolonged sitting did not influence the results, either.

“We should all be finding ways to avoid sitting for long periods, and to increase the amount of movement we do throughout the entire day, ” said Dr. Meredith Peddie

Much more research still needs to be done to understand how to mitigate the impact of prolonged sitting.

Next, the researchers hope to uncover more information about how the timing of breaks impacts the results. They would also like to know which activities are the most effective, and how long active sessions need to be.

However, the studies that the scientists analyzed did not record enough data on blood pressure and vascular measures. They hope that future studies might include more information about cardiovascular effects of sitting with or without short active breaks.

The take-home message, however, is simple: we all need to make an effort to move more.

Adapted from a report by Tim Newman for  Medical News Today