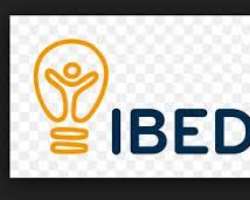 Contrary to claims that new investors refused to invest in the privatized power sector, the management of Ibadan Electricity Distribution Company (IBEDC) has explained how it invested over N2.5billion on new project expansion to boost effective power supply to customers.

Addressing journalists at the weekend the Chief Executive Officer (CEO)/Managing Director, IBEDC, Mr John Donnachie, stated that the company had invested over N2.4billion on new power project expansion, apart from over N11.5billion invested on metering, network upgrading and rehabilitation.

Donnachie who was represented by the company's Chief Operating Officer, Mr John Ayodele said that the company had embarked on massive rehabilitation and reinforcement of dilapidation of its operation, adding that over 200 transformers had been installed in various locations to reduce low shedding of supply.

According to him, the company had embarked on the newly installation of 14,293 distribution transformers to various locations of it's operations for effective billing and accountability.

The CEO said that the company hads installed 14 Sets of 11kV 7-Board Panels, adding that it has also extended and Installed 1No. 500kVA, 33/0.415kV Transformer at Imeleke Community, Igbo-Ora under Oyo Region.

The IBEDC boss said that rehabilitation of Olomi 11kV Feeder at Akanran Business Hub under Oyo Region was valued atN28,543,095.00

"Construction of Dedicated 33kV Feeder Substation for Fan Milk Plc N41,242,942.65, while standardization/Rehabilitation of 4No. Injection and substations under Kwara Region valued at N180,404,476.00

"Standardization/Rehabilitation of 4No. Injection Substations under Osun and Oyo Regions cost N195,924,687.00

.
Donnachie said that Ibadan disco had made a modest improvement in electricity supply in the last four years of post-privatisation but still confronted with little challenges.

On metering, the Managing Director said that the company had procured over 11, 000 prepaid meters to be install to customers who had already paid under Credit Advance Payment Metering Implimentation (CAMPMI) to in all it's franchise areas before December.

He said that over N7 billion had been spent on distribution transformers Metering, metering of maximum demand, CT- Operated and Statistical meters with non-maximum demand customers to date.

IBEDC boss said that energy theft and vandalisation of equipment posed serious challenged to the company, adding that billions of naira had been spent on replaced vandalised equipment.

He said that the money that was meant for expansion and development of the network was been used to replaced vandalised equipment, which posed a serious concern to the company.

The CEO said that despite all success recorded, the company was still faced with liquidity challenges which stood but N900 billion gap due to the high rate of foreign exchange.

He said that policies of government on the foreign exchange had made international lenders sceptical of giving loans to power industry in the country which also posed a serious challenge to power investors.

Donnachie said that the company is partnering with local and international agencies to train and upskill our staff at every level in the areas of strategic and operational knowledge requiments for the job.