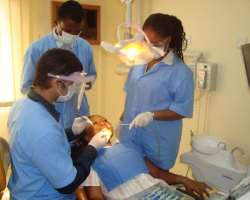 On the quest to avert and reduce below average the aftermath of poor dental care, a Non-Profit Humanitarian Association, known as “Acts of kindness” has concluded plans to embark on a free dental treatment for the inhabitants of Akwukwu-Igbo and environs in Oshimili North Local Government Area, Delta State.

The NGOs Programme Director in Nigeria, Mr. Godfrey C. Osakwe in a press release issued to journalists in Asaba, stated that “the free medical outreach is scheduled for September 22, 2018 at the Akwukwu-Igbo Town Hall, Oshimili North Local Government Area, Delta State and will be conducted by a team of Maxillofacial/Oral Surgeons and general practitioners”.

According to Mr. Osakwe, the decision to embark on the outreach with focus on dental treatment was necessitated by the findings during a recent medical mission in Delta State, Nigeria. “With no fewer than 2,000 beneficiaries of that medical outreach having clinical signs of tooth decay, thereby requiring immediate medical diagnosis” hence this planned effort to give succor to people with severe tooth decay and health challenges in Akwukwu-Igbo and environ, adding that " Acts of Kindness " which is a nonprofit humanitarian association, with a self-service mandate of improving the health, economic and social well-being of people at the grassroots in Nigeria and other developing nations in Africa embarked on this route clinging on the ideology of the NGO.

Speaking further Mr Osakwe said that the medical outreach is designed as a community service programme geared towards improving the general health of people at the grassroots with particular emphasis on dental treatment (including scaling and polishing of teeth), in addition to blood sugar, blood pressure screening, general consultation and health talk, stressing that “the challenges of living in today’s world, the Organisations Executive Director, Mr. Alister C. Smith, a US based medical personnel said that the medical outreach is one of the planned activities of the NGO to help ameliorate the burdens of people at the grassroots and to support sectorial growth chains of Nigeria’s economy” he added.

Mr Osakwe further called on good spirited individuals and relevant stakeholders for collaborative partnership with "Acts of Kindness" and with other development NGOs so as to achieve the task of effective development of communities in Nigeria and ultimately change the sad narratives of Nigeria.