As another storm breaks 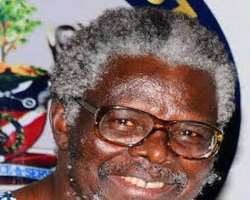 This piece is a dialogue with Nigerian Leftists—and all those who feel they share essential attributes with Leftists (socialists and pro-people radical democrats) but, for one reason or another, reject the “label” Leftists. The dialogue is driven by current political happenings and is here presented in form of notes, observations and propositions.

Early in the morning of Thursday, August 9—about 48 hours after armed detachments of Nigeria’s Secret Service operatives took over the National Assembly complex in Abuja—I sent a text message to a number of activist Nigerian Leftists. The message read: “For me, it is not the current political happenings in Nigeria—but the attitudes of Nigerian Leftists to them—that are significant”. I began with the cautious qualification “for me” because I cannot, even now, say how strong or popular is my insistence that only the Nigerian Left, acting in alliance with other genuinely democratic forces, can now reprieve the country.

About six years ago, I engaged in a similar dialogue when, with the appearance of Chinua Achebe’s last book, There was a country: A personal history of Biafra, many Nigerian Leftists lined up on opposite sides of a line that quickly appeared. My opening message on that occasion was that Leftists should not—on the basis of that book alone—as important, revealing and controversial as it was—make new friends or allies or acquire new opponents or enemies.

The refrain should be an admonition which I encountered long ago: “Weep not, laugh not, but understand”. I urge the same refrain over this new intra-ruling class political storm. My advice does not translate to “neutrality”. That will be the worst of all possible reactions. What I urge is class and ideological response based on knowledge of facts, sequences of facts and dialectical relationships between facts.

We may not know how many living Nigerian Leftists were born when the “Reichstag Fire” in Berlin on February 27, 1933, was used as a pretext by the newly-inaugurated German Chancellor, Adolf Hitler, to launch the core of his political programme: liquidation of all Jews and all German Leftists—starting with Communists.

I know, however, that many Nigerian Leftists were born, and were, in fact, in school when, using the pretext of an alleged communist-inspired attempted coup, the Indonesian military, in one night alone, in late 1965, wiped out the entire membership and alternate membership of the Central Committee of the Indonesian Communist Party, a revolutionary Leftist party that was second in numerical strength only to that of the Soviet Union.

This was followed in the following two months by the massacres of hundreds of thousands of ordinary Indonesian citizens. Since then, massacres (politically-motivated, religiously motivated, ethnically/racially motivated or of combined motivations) of comparable magnitudes have taken place in many regions of the world, including Nigeria.

My warning here is that such catastrophes can still happen anywhere on this planet Earth. In particular, they can still happen in Nigeria. Only the Nigerian Left, I insist, can apprehend and prevent them.

The “Reichstag Fire” event refers to the burning of the Parliament (Reichstag) building by a young mentally-challenged man on the night of February 27, 1933, four weeks after Hitler became German Chancellor—ironically through a democratic election. Initially, before Hitler, the position of Chancellor was equivalent to that of executive Prime Minister in a constitutional parliamentary democracy. Before long, however, Hitler and his Nazi Party (National Socialist German Workers’ Party!), through a number of orchestrated incidents (like the “Reichstag Fire”), abolished the position of President and assumed dictatorial powers. The Nazi government blamed the Leftist Opposition for the arson but could not prove its case because the justice system which Adolf Hitler inherited was still in place. But that system was soon to be dismantled—together with other democratic institutions of pre-Nazi Germany.

The latest phase of the current political crisis may be presented as a sequence: announcement of an electoral alliance by about 40 opposition parties led by the People’s Democratic Party (PDP); defection of several frontline office-holders from the ruling All Progressives Congress (APC) to PDP and a number of other parties; counter-defections to APC; brief take-over of the National Assembly complex by detachments of the State Security Police—followed by the dismissal and arrest of the powerful commanding officer of the agency; propaganda and “hate speeches”; political threats and manouvres. Barring “accidental discharges” the maximum possibilities in the development of this game will not call for a revision of the present article. So, we continue while expecting the storm to rage on.

What have politicians, state functionaries, the media, leading newspaper columnists and others been saying about this crisis? We make a selection from the more striking and revealing public comments. The Nigerian President said that what is happening is the weeding out of “bad eggs” from the ruling party; a leading politician said that what is now happening—noisy combinations and separations—is not unique: it happens on the approach to every general election; a commentator was of the opinion that for President Buhari to be defeated in the coming election, the Opposition must be able to produce a presidential candidate who can be as reputed as Buhari as a corruption-free politician and who can demonstrate the ability to also make rich and powerful Nigerians shed tears as Buhari has so far made them do; the chair of the ruling party said that defectors were “thieves and looters”; defectors responded that they were fighting against dictatorship.

In the midst of all this, a veteran Nigerian Leftist proposed: “Between APC and PDP, there are no important differences. PDP probably has more cynical and desperate operators, but APC has more hypocrites. There were and there are virtually no reformers in PDP; there is a sprinkling of reformers and progressives, countable in single digits, in APC. In the complete absence of any issues of significance marking one from the other, we are left with the naked ambition of the leaders as the driving engine of politics”.

Let me end with this narrative: A former ruler of Nigeria is reputed to keep a personal secret file on each important, ambitious, troublesome or promising ruling class political figure. The files contain no lies, no embellishments. Just facts. Each file is divided into a number of departments including: Corruption, Biography, Family Life and Social Life. The Social Life department, following Frederick Forsyth’s No comebacks, is subdivided into public, private and secret. Our former ruler also keeps a file on himself, titled Rumours and Refutations.

The most significant point in this narrative is that there is practically no file in this collection—and there are tens of thousands of them—that does not hold multiple entries, each of which can send the subject to prison or the hangman!