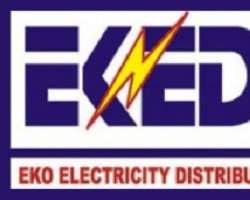 Eko Electricity Distribution Company stated on thursday that a project to improve the company’s estimated billing system was on going and will reduce cases of outrageous billing popularly known as “crazy Bills”.

A statement signed by Godwin Idemudia, EKEDC’s Corporate Communications General Manager, said that the company had included the metering of Distribution Transformers to its meter roll out plan, stating that so far it has metered One Hundred and Five units of 500KVA Distribution Transformers from September 2017 till date and installed 7746 individual meters in 2018 alone.

In the statement, Idemudia explained that metering the distribution transformers (DT) will enable the company to determine the exact amount of energy consumed in an area, and that customers will be billed based on the readings from the meters installed at the transformers. According to him, the effort is being done to bridge metering gap of customers who are yet to have individual meters. This is to significantly increase the accuracy of the bills distributed and help the company in its efforts to curb energy theft.

He pleaded with customers yet to be metered to bear with the company, stating that despite its inability to meter all its customers individually due to for now as all efforts are on to meter all customers within their network. EKEDC is committed to improving its services and ensuring customer satisfaction.

The Eko Electricity distribution Company’s spokesperson also encouraged customers to assist the company in its fight against energy theft and unlawful activities by using its whistle-blowing platforms to reveal or report illegal and unethical activities. in addition, he further stated that these platforms are safe, confidential and secure ways of alerting the company of illicit activities. It can also be used to report unscrupulous elements of the company that partake in illegal activities such as fraud and extortion of customers.