Petition Against The Inspector-general Of Police, Mr Ibrahim Idris

By Nigeria Union of Journalists, NUJ 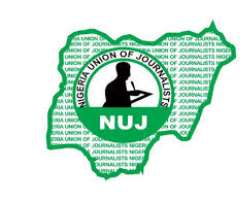 PETITION AGAINST THE INSPECTOR-GENERAL OF POLICE, MR IBRAHIM IDRIS

I write this petition on behalf of thousands of Nigerian journalists, against the Inspector-General of police, Mr Ibrahim Idris over his incessant attacks on journalists and violent violations of their human rights, culminating in yesterday's (Tuesday)arrest of a Premium Times reporter, Mr Samuel Ogundipe.

Mr Ogundipe is being detained over the publication of the letter of the IGP to your Excellency, in respect of the police investigation on the DSS siege on National Assembly. The journalist is being held to disclose his source of information, a demand that is against the ethical precepts of our profession.

Your Excellency, we want to note that this is not the first time the IGP has been hounding the press. On January 1, this year, two journalists who are brothers, Messrs Daniel and Izuchukwu Elomba were abducted in their homes by SARS officers, on the orders of the IGP and detained for ten days, over what was published on their blog purportedly against the IGP.

It would be recalled that counsel to the two journalists, Festus Keyamo, (SAN) petitioned your Excellency and you caused the matter to be investigated.

Consequently, on April 23, 2018, a Federal High court, sitting in Abuja awarded N5 million damages against the police for this illegal detention.

Also, on March 13, 2018, SARS officers, under the control of the IGP, abducted Abdulahi Krishi, the National Assembly correspondent of Daily Trust, right at the premises of the National Assembly. He was subsequently released 24 hours later after an outcry from the media.

Your Excellency, it is obvious that the excesses of the IGP against the media is giving your government a bad image as an anti- press government, even when it's obvious these infractions were carried out without the presidency's imprimatur.

We therefore implore your Excellency to call the Inspector-General to order and stop his incessant attacks on the media.

We also demand that the detained reporter of Premium Times be released forthwith.