71 students duped in fake US conference; visas revoked by embassy 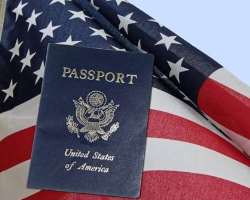 The United States Embassy has expressed worry over the unrelenting attitude of applicants to patronize visa vendors, which end up packaging them with fake travelling documents.

This was even as no fewer than seventy-one students who paid various sums of money to secure visas and other travel documents to participate in a model United Nations Conference in New York had their dreams dashed at the last hour when the United States Embassy in Ghana revoked their visas.

The Embassy, it is believed, suspects that the organisers of the conference, United Ambassadors, are not genuine, had the visas revoked after it earlier issued visas to the applicants, according to Ghanaweb.

The students, some of whom were turned away at the Kotoka International Airport (KIA) in Ghana and London’s Heathrow Airport, paid a total of $17,750 ($250 each) as delegates fee to United Ambassadors, the supposed facilitators of the conference, and also paid the mandatory US applicant visa fee.

One of the students who was scheduled to travel by direct flight from Accra to New York on Delta Airlines bought a ticket at $2,300, while, together with seven others, he spent $2,100 on Airbnb Apartment in New York

Two students who were scheduled to fly out on August 5, 2018 were turned away by Delta Airlines at the check-in counter at the Ghana, KIA airport in Accra.

A third student who travelled on British Airways on transit through Heathrow Airport in London was also prevented from connecting to New York for the same reason.

Letter revoking visa
Excerpts of an email the students received from the Consular Section of the US Embassy read: “Dear Applicant: You recently appeared at the US Embassy in Accra for a non-immigrant visa because you were attending the Model UN Conference in New York. This message is to alert you that the non-immigrant visa you received is no longer valid. You must not attempt to travel to the US with this visa. You will be denied boarding at the airport or you will be turned away at the US port of entry.

“If you still wish to travel to the US, you are REQUIRED to appear for a second interview at the US Embassy in Accra. At this second interview, you must bring all of your ORIGINAL Model UN Conference documentation that reflects this programme and your participation in it, such as brochures, letters, pamphlets, programs, guidebooks, welcome packets, or any other materials you have. Again, you MUST NOT travel to the US with the visa that you received. Your visa is no longer valid for travel.”

Per Second News in an exclusive report recently revealed that the U.S Embassy in Nigeria is revoking valid visas of Nigerians.

Dozens of Nigerians with valid visas trying to obtain a new visa for a spouse, parents or a family member, said the visa applications were denied, and theirs revoked for no reason.

Majority of Drop box applicants who are exempted from visa interview during renewal are now being asked to come for interview with most of them being denied visa.

Agatha was a holder of a two year multiple visitor visa issued to her in 2017. Since its issuance, Agatha would visit her relatives in Colorado. This year, in June, Agatha was preparing to attend the graduation of her nephew, who was graduating from the PENN State University in Pennsylvania.

Unfortunately, in May, she claimed she received a notice from the US Embassy Consular Section informing her that her visitor visa is already revoked. She was asked to go to the US Embassy so they can physically revoke the visa.

One of those letters sent to this newspaper by a woman whose visa was cancelled reads: “New information became available after the visa was issued so that we must re-evaluate your eligibility for the visa. Therefore, you will need to re-apply for a visa and the officer will determine your eligibility at that time. ”

The Department of State through the consular officers is given authority to issue visas to foreign nationals. They are also afforded the discretion to revoke and cancel visas after they have been issued, said an Immigration Attorney based in Nebraska.

“The visa holder’s request for reconsideration of the revocation has been eliminated in 2011 regulations. It also allows the consular officer to revoke the visa without notice if it is “impracticable” to notify the visa holder.

Douglas Ellice, former Border Security Specialist at US Department of Homeland Security (2003-2014), said , ” It sometimes happens that it is discovered AFTER a visa is put into a traveler’s passport that the person is ineligible for the visa and ought no to have received it. An effort will be made, often unsuccessfully, to contact the person before they fly to the USA and ask them return to the embassy for physical cancellation of the visa.”

” DHS data systems will quickly know of the issuance and revocation. If the traveler attempts entry into the USA they will probably be denied admission and sent home, Ellice said.