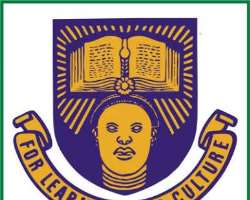 In sheer felicitation with our colleagues whose departments lost accreditation, it is very necessary to snap out of our nightmares and face the real picture. On the news, in what can be termed the appalling latest development that greeted the institution, five departments including Law, Dentistry and three others in the Great Awovarsity recently got disaccredited.

This has been seen not to be of much concern to us all especially when considering the fact that the disaccreditation does not affect the present students of the departments. However, we need to realize that it has an effect of a perennial injury on the image of the University and on the weight of certificates of both the present students and the alumni in diaspora. For a department to lose its accreditation, it means that the department has been found lacking in standard of what is expected of such department to be able to equip its students with all necessary elements of knowledge needed to be able to contribute to the society and to the universal body of knowledge. In a department where students use outdated laboratory equipment for practical, how are they expected to cope when they find themselves in organizations where these analog equipment are not available. When a medical student has to use decayed cadaver as laboratory specimen, what is he expected to learn. This could only be interpreted as the students not learning anything quite tangible and applicable to be able to compete with their contemporaries in the corporate world.

Be it as it may, as a student, a graduate or an aspirant, we all have ourselves in an aqua of lack of education by all standards. The University at this point has been able to expose itself to be advertising itself as being on the road to Harvard but in reality being on the road to Paleolithic. It is no longer news that the rigorous and aggressive quest for quality education has fallen on deaf ears across all levels. We have found ourselves at a scene where the school needs ₦100 for a project and presses the demand, the Federal Government releases ₦80 but the channel where it takes before getting it down to the school gets its own executive cut and hands ₦60 over to the school management. The management declares that ₦60 was disbursed to the school and this money is handed over to a contractor who would also devise means to fill his belly and pay tributes to the ‘fathers’ who helped him secure the contract. At the end of the whole show, we have our ₦100 project steering at us being completed with ₦20. This project becomes dysfunctional and was even better not done at all. This is the mess the Nigerian nation is into.

Our laboratories lack quality facilities, our hostels lack what it takes to be called housing facilities, our roads have led many to their youthful graves, our classrooms have been hubs of bedbugs. We have a lecture of 1,000 students taking place in a 200 seater classroom, thus exposing us to poor ventilation, stuffy environment of learning, overcrowding, etc. which leads to some fainting in classes, lack of concentration in many cases, makes the brain heated up among other hostile issues. However, we all decided to close our eyes to this mess in our collective focus on graduating as soon as possible so that we can get the much juicy jobs in oil companies that our fathers have created for us as well as to be able to get married the day after we defend our final year project. Yes, we can’t spend one more day in school, we want to marry, we want to join the labour market, we want to wear Khaki and be called Corper shun and as such we must not voice our grievance even when we are only in school but are not being schooled.

Now on the other side of the picture, the management assures us we are getting the best of education, asserting that the Harvard standard is being installed in the system where departments get disaccredited. The Harvard standard involves having over 70% of students being unable to get accommodation on campus and students have to beat up each other, tearing and rumpling one another’s clothes when competing for bus at campus gate just to find their way to class every morning. The Harvard standard is one where the students lose their collective voice so that the management can have their way in being the sole deciding organ of the institution without involving all appropriate parts of the body just to cover up the rot in the education sector all in the name of redeeming the image of the University.

What exists now is what we have collectively built over the years. A system where we all decide to ignore every anomalies rocking the system so we can have our easy pass and be called good boys and girls even when all essential ingredients needed to give us sound education are lacking. A system where we are taught ABC in class, we hear DEF, we write GHI, we read JKL, we cram MNO, we write PQR in exams, the lecturer reads STU in our scripts and fail us because we didn’t write XYZ. A system where we are taught what firms would refer as far hypothetical and mere paper theories and have to school our graduates afresh before having them useful for their service. A system where even those who handle the system have loss of confidence in its service delivery and have to send their children to private schools.

It is so unfortunate that the University is now in a state of quagmire with overstretched resources as a result of excess admission. This, however, cannot be disconnected from government's inability to rise up to the challenge of running our Universities which has given private institutions to thrive at the expense of public schools. We are now in a system where we are faced with serious funding crisis which has resulted into inadequate lecture theatres, ill-equipped libraries and non-rehabilitation of dilapidated school buildings. The disaccreditation of some courses in the University should not be seen as the doing of the University management alone, but, as failure on the part of the Federal Ministry of Education and the Senate Committee on Tertiary Education and TETFUND in performing their oversight and legitimate duties which involves constituting visitation panels on higher institutions in the country.

It cannot be gainsaid that the failure on the part of the Federal Government to look critically into how funds injected into tertiary institutions are being spent leads to the inefficiency being witnessed in many Nigerian Universities today and also the lack of commitment on the part of the Federal Government to invest in the education of the citizens has also hindered the growth of the country's education sector. It must be noted that despite the fact that the National Universities Commission (NUC) in 2016, discovered that 150 courses were illegally being taught in 37 Universities in the country, no Vice-chancellor was punished for partaking in such an inhuman and illegal act. We cannot forget so quick the failure on the part of the Economic and Financial Crime Commission (EFCC) to probe the then Vice-chancellor of Obafemi Awolowo University, Ile-Ife, Bamitale Omole on his inability to account for the over #5bn that was given to the University in 2012 out of the #100billion released to Universities as a result of the strike action embarked upon by members of the Academic Staff Union of Universities (ASUU).

It is my utmost belief that the University management would yield to agitations from various quarters (Students and Staffs) to also join in the clamour for the probe of the then VC, Bamitale Omole as his probe would unravel how the over #5bn that was disbursed to the University disappeared. It must be noted that the disappearance of the fund is a contributing factor to the accomodation crisis amongst others being faced by the University presently as the money was to be injected into those projects which includes the construction of 4-mega hostels. I do hope that the Federal Government would take a step forward by directing the EFCC to look into how the funds given to Universities are being spent as this is a way in tackling the crisis being witnessed in the educational sector.