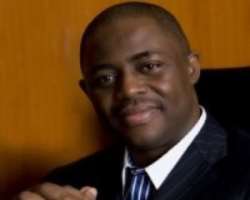 Yet the bible says, "rejoice not my enemy that I have fallen, for I shall rise again". It says, "If the princes of this world had known they would not have crucified the Lord of glory". It says "who is he that sayest a thing and it cometh to pass when the Lord God of Hosts has commanded it not?" It says, "Who can lay a charge before God's elect? Is it not Christ that justifies?". What people think of others or what men call "reputation" means nothing before God.

For He looks at the heart of a man and He alone knows whether that man is truly good or evil. And once He has determined to do so, He will lift up that man no matter how far he has fallen and no matter how bad his "reputation" was. If this were not so Saul, the greatest persecutor and killer of believers, would not have become Paul, the greatest of all the Christian Apostles. If this were not so David the murderer and adulterer and the young boy who was only fit to look after the sheep would not have become the greatest of all the Kings of Israel and "a man after God's heart."

A man with the greatest and best reputation may fall and be brought down by God tomorrow and a man with the worst reputation may rise up and be lifted up by God the very next day. It follows that one should not place too much value or reliance on "good fortune" and a "good reputation" or on the wonderful things that men say and think about you lest you may be taken by surprise when your circumstances change and your "good fortune" suddenly flies away and the very same people that you once believed loved you and who graciously bestowed on u such a "good reputation" begin to criticize, condemn, hate, persecute, vilify, demonize and write u off.

And by the same token NEVER underestimate or write-off another man no matter how much ill-luck fate appears to have brought his way and no matter how bad or hideous his reputation may appear to be, because God may choose to suddenly restore him, favour him, use him and cause him to rule or have power over you, your family or your nation one day. Finally if you want to understand human psychology and mob mentality and if you really want to appreciate just how fickle men and women can be when it comes to loving someone one minute and hating them the next, or hating someone one minute and loving them the next, find the time to read Shakespeare's "Julius Caesar" and consider the behaviour of the Roman mob after they heard Mark Anthony's great and passionate speech. â€¨â€¨

A clear understanding of such "mob mentality" is deep wisdom indeed and with that you will learn never to trust men with their ephemeral, vain, self-serving, self-indulgent and temporary sentiments and expressions of love and hate. For like the Roman mob they often change like the wind and that without warning. That is why the bible says, "Cursed is the man that relies on the arm of flesh" and I would go a step further by saying, "troubled is the man that worries about what other men think or say about him". It is what God thinks and says about you that matters and He alone knows the future and end of each and everyone of us. He alone sees our hearts.

He alone lifts up and pulls down. He alone has the power to turn beggars into kings and to turn kings into beggars. He alone determines the seasons of life and He alone understands the deep wisdom that is captured in these few words..... that both good and bad times always eventually come to an end and that, like the flowing river and the sands of time, everyone and everything has it's time and it's season. God alone is constant. God alone is true.

Chief Femi Fani-Kayode was former Special Adviser to Chief Olusegun Obasanjo, and later Minister of Aviation under Obasanjo leadership. He is currently aspiring to be Governor of Osun State in 2011.