Despite power cuts, our political mobsters; Nigeria still will grow 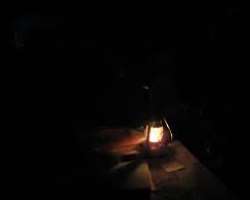 Only a few years ago Tube travelers were stuck underground tonight after a power cut hit London.

The power failure had a "serious" impact on the whole of the network. Rail services from major stations including Victoria, London Bridge and Waterloo were also affected.

A Tube spokesman said: "There has been a National Grid failure which has affected the underground.. At the moment we are assessing the impact of that but it is having a serious impact on the whole system at the moment."

The 2003 London blackout was a serious power outage that occurred in parts of southern London and north-west Kent on 28 August 2003. It was the largest blackout in South East England since the Great Storm of 1987, affecting an estimated 500,000 people.

Power went off at about 18:26 British Summer Time. Power came back on after 34 minutes at 19:00 BST, but is reported to have taken about two hours to be restored fully in some areas

Even before the blackout, the UK press were anticipating a UK equivalent of the Northeast blackout of 2003 in North America, which occurred two weeks earlier (August 14) and affected about 100 times more people. For example, on August 15, The Daily Express had reported that the National Grid might not be able to cope with predicted power surges in the winter of 2004.

On the day of the blackout London Mayor Ken Livingstone declared the situation a "catastrophic failure" and "the normal British disease of underinvestment and not keeping your plant up to date". The press followed this lead.. The power transmission company National Grid plc responded that, as they had invested £3 billion in the last 10 years, the system certainly could not be described as old and decrepit.

But we have the UK Power Networks...that basically goes as far as asking you to enter your postcode to search, track and report power cuts.

In Nigeria don’t ask me how it works, with charges for electricity not given, or electricity that comes with surges that destroy home appliances, electricity companies that distribute power that do not have. Power outages without explanation or apology…

Meanwhile let’s go to the USA, away from the UK...In popular culture the Chicago Outfit has a long history of portrayal in Hollywood as the subject of film and television. Infact to an extent, elections could not hold in many parts of dreaded Chicago if the mob or street gangs though otherwise.

In its nearly 100 years of existence, the Chicago Mob, fabled in a multitude of books, movies and TV shows, has had a storied and violent existence that has gained it enormous wealth and power.

Trading in corruption, vice, dope and murder, the Mob continues to suck the very decency out of the American society, seemingly untouched and above the law — and at quick glance showing no signs of weakening. But today the mighty and seemingly all-powerful Mobs of Chicago, New York, New England and other places in the United States are threatened by the massive and powerful street gangs that increasingly haunt those cities.

The Chicago Outfit (also known as the Outfit, the Chicago Mafia, the Chicago Mob, the South Side Gang, or The Organization) is an Italian-American organized crime syndicate based in Chicago, Illinois, which dates back to the 1910s. It is part of the American Mafia originating in Chicago's South Side.

The Outfit rose to power in the 1920s, under the control of Johnny Torrio and Al Capone and the period was marked by bloody gang wars for control of the distribution of illegal alcohol during Prohibition. Since then, the Outfit has been involved in a wide range of criminal activities, including loansharking, gambling, prostitution, extortion, political corruption, and murder. Following Capone's conviction for income tax evasion (in 1931), the Outfit was run by Paul Ricca. From 1943 until his death in 1972, he shared power with Tony Accardo, who became the sole power in the Outfit upon Ricca's death. Accardo was one of the longest sitting bosses of all time right up until his death in the early 1990s.

The Outfit did not have a monopoly on organized crime in Chicago, but they were by far the most powerful, violent and largest criminal organization in the Midwest. The Outfit's influence, at its peak, stretched as far away as California and Florida. Higher law enforcement attention and general attrition has led to the Outfit's gradual decline since the late 20th century. As of 1997, the Chicago Outfit was believed to be led by John DiFronzo.

These ethnic gangs eventually became a reliable commodity for political organizations and even plied their fighting skills for warring newspapers at the turn of the twentieth century. Some of the more established gangs, such as the Circus Gang and the 42 Gang, provided talent for growing traditional organized crime groups during Prohibition.

So, coming back to Nigeria, the usual suspects are the politicians, they run government like The Outfit, they are the mob, whether they are in APC or PDP, part of a reformed or new arm, they are the same. Whether old or young, they run the establishment and determine who gets what and how and when. They do not care who suffers as long as they are not the one.

Whether Akpabio, or Tambuwal, Buhari, or Tinubu, Obasanjo or IBB, they are always on the move, and who dares begrudge them other than themselves or their foot soldiers; sadly the hungry masses. They are no signs that they are about to abate their crass desire for power, wealth or position. Like one of them...El-Rufai once said, and I paraphrase...you think they would just hand over power to you...

The not-too-young-to-rule gimmick notwithstanding like power outages, and violence, there are millions of Nigerians, the detribalized and untribalized, they believe in Nigeria, knowing no creed and not biased by faith, these group are convinced that Nigeria will still grow.

Whether Boss or Street boss (The street boss was a high-ranking member appointed to run the daily activities for the boss. The position was created to protect the boss from federal investigations.) The Underboss or Consigliere, Capos or Soldiers, fact is that like the United Kingdom, the United States has survived and keeps surviving because they have put a system in place.

We can still grow, all the defections, decampment, realignment and cross carpeting may yet be high yield for Nigeria's growth, do we want that to happen, and are we working unconsciously towards that—Only time will tell