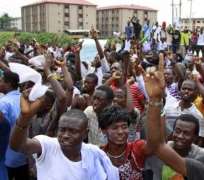 Oscar Wilde, the great 19th Century British (Dublin) aesthetician, while exhorting the might and grace in youthful life, admonished the youthful Mr Gray thus: “The gods have been to you. But what the gods gave, they quickly take away. You have only a few years in which to live really, perfectly, and fully. When your youth goes, your beauty will go with it, and then you will suddenly discover that there are no triumphs left for you, or have to content yourself with those mean triumphs that the memory of your past will make bitter than defeats. Every month as it wanes brings you nearer to something dreadful. Time is jealous of you, and wars against your lilies and your roses. You will become sallow, and hollow-checked, and dull-eyed. You will suffer horribly…! Realise your youth while you have it. Don’t squander the gold of your days, listening to the tedious, trying to improve the hopeless future, or giving away your life to the ignorant, the common, and the vulgar. These are the sickly aims, the false ideals, of your age. Live! Live the wonderful life that is in you! Let nothing be upon you. Be always searching for new sensations. Be afraid of nothing… With your personality, there is nothing you could not do. The world belongs to you for a season… The moment I met you I saw that you were quite unconscious of what you really are, of what you really might be. There was so much in you that charmed me that I felt I must tell you something about yourself. I thought how tragic it would be if you were wasted. For there is such a little time that your youth will last- Such a little time. The common hill-flowers wither, but they blossom again. The laburnum will be as yellow next June as it is now. In a month there will be purple stars on the clematis, and year after year the green night of its leaves will hold its purple stars. But we never get back our youth. The pulse of joy that beats in us at twenty, become sluggish. Our limbs fail, our senses rot. We degenerate into hideous puppets, haunted by the memory of the passions of which we were too much afraid, and the exquisite temptations that we had not the courage to yield to. Youth! Youth! There is absolutely nothing in the world but you!”

Like the British Philosopher of Art, Oscar F.F.W. Wilde, and as the Mayor of Imo Youths, I stand truthful for the Imo youths’ future and determined to turn the age-long tradition of “Obi is a Boy, Ada is a girl, and ever remain so;” of youths whiling away their ages, believing that the future of tomorrow that they were said to be, is a specified morrow scaled out of the swift passage and flux that notch-mark ephemeral youth age.

It is certain that our parents have erred in this projected and unrealisable time for youths’ future (emancipation) unto the unknown tomorrow. I make bold and dare all, and remain steadfast to thwart and war against any oppressive impression and imprisonment of any Imo youth, and drive to a sure positive conclusion and reversal of this notion. The Imo youths’ visions are beyond party affiliations, their votes are to trusted personalities and for their general avowed life-visions, which are beyond surface beauty and deceits, party ties and antiparty declarations. The indefatigable Coalition of Imo Youths in their societal revolution has vowed: That beyond the saying that traditions are always unfailing, that beyond the stipends of their token-gifts pay-masters, they will show them surprises come February 28, their four-year pay-off gift, notwithstanding.

Imo youths are full well experienced, talented and worthy personnel, have grown to be leaders more qualified and fruitful to the society than their assailers, and have thus declared that the long awaited future is today. And besides, “Imo will be ungovernable for any political party that will rule the State from this year onwards, which Governor charades the life and future of Imo youths with deceits on their lives, jobs and remuneration system.

I doubt if most of our parents are sincerely touched by the overwhelming joblessness and visionless ageing of their dear children, bred and trained with their hard-earned resources, becoming very unproductive than they their parents who had not such opportunities in their days.

According to Oscar Wilde (whose visions on youth self-realisation in The Picture of Dorian Gray I adore today), “the longer I live Dorian, the more keenly I feel that whatever was good enough for our fathers is not good enough for us. In art, as in politics, les grand-peres ont toujours tort” (Grandfathers are always right). Yet, these parents and grandparents are like the youths being deceived by their avowed determination and visions. As a result of this self-deceit, the promises our parents make to us never reach us. We are called “the future of tomorrow,” yet, between the avowed claims and their realisations, lay the problems of fidelity to ones words, aims in life, visions, carefulness and powers to discern truth and deceit, and to consistently follow life decisions without being distracted. This made Oscar Wilde to further declare that “young men want to be faithful, and are not; old men want to be faithless, and cannot.”

And while would the old succeed in deciding to be faithless to their avowed will to have their children succeed them? This is certainly impossible. The youths are their children. According to one philosopher, “he has not survived and succeeded well in life, whose children still stagger in existence”. Surely, this assertion is worth reflecting upon by every well-meant parent and political leader in Imo State, who really believes that the prayer of every parent is that his/her sons and daughters must be greater than them and are groomed to take over from them.

This course I have come to realise too, that great many parents have called and identified with the Coalition, and have vowed to be where their children are, since they are their most worthy life-property and certification of their true survival in all their life-time endeavours. And as the late Igbo literary icon, Prof Chinua Achebe (in his A Man of the People) would say: If you as a parent could not make it, don’t kill yourself. “The important thing then is to be alive; if you do, you will outlive your present annoyance. The great thing, as the old people have told us is reminiscence, and only if you survive, who knows? It may be your turn tomorrow. Your son may bring back your share”.

Let all well-meant “best for my children”- Parents, join the race and revolution, and imitate Achebe’s Ezeulu in his declaration to his son Oduche (Arrow of God): “I want one of my sons to join these people [The CIYO] and be my eye there. If there is nothing in it, you will come back. But if there is something there, you will bring home my share”. Like Dale advised her daughter, Lolu, in Adebayo William’s The Year of the Locust, “I believe you are destined for great things. Perhaps, you will even achieve what I have failed to achieve,” let this be the daily prayer of every good and non-occult Imo parent to his/her children.

This is the sort of good-wish, prayer, admonition and love-vision, any parent that truly suffered to train their children should embark upon. Imo today has an unfailing forum where up to 90% of the entire State Leadership positions and structures have been sacredly sworn and kept for the youths, and “I, their Mayor, am in charge and will never cheat, deceive, use-and-dump or mislead my colleagues.”

The Imo youths’ focus is to their avowed determination and visions, which focuses beyond party ties. This focal point of the Imo youths’ decision and determination cannot be distracted, neither can they use because of the little cornering stipends by the State regular political titans, comprador bourgeoisie (who have taken up financiering politics in the State as life investments) and close pay-masters that have decided to make us perpetually their piccolo adulto(little adults) in the State, and fall by the roads or slander our tested and trusted originators of Imo youths’ contemporary revolution. As Sophocles rightly said, “to slur a good man’s name with baseless slander is one crime- Another is rashly to mistake bad men for good.”

Imo youths, for decades of democracy in the State, have finally arrived to the infallible conclusion that they have been ruled to be perpetually “the future of the never arriving tomorrow” and have decided to take their future upon their hands to either whole heartedly agree and swear fidelity to the money-bags politicians, eat their money and mobilise and vote against in the secret ballot (they who rent youths’ service in order to be in power for four years and return for renewal of their ad hoc relief-jobs for the youths for four months again and run away only to be seen still the next four years) or like the true born again Christian and revolutionary, reject the devil and all his services out rightly.

From my fraternal and camaraderie position as the Imo Youth Mayor, I recall yet the admonitions of Sophocles in his Oedipus Rex to the few remaining youths who have been hypnotised by their assailers and life-captors who have “thingified’ them (made them things, objects of use) perpetually and thus pined to be piccolo adulto and the Obi that is for-life a boy. According to Sophocles, “your life, is your dearest treasure. Time will teach the truth of this; for time alone can prove the honest man; one day proclaims the sinner.” And by the time the old and never retiring politicians have finished using them and dumped them in favour of their sure future and better acquaintances, and having used them to sustain their senescence, will ever regret having whiled away their irreversible precious age. As Sophocles (in his Antigone) noted, these youths will then become convinced that “you are the victim of your own self-will.”

To this category of youths that are still wasting their lives in party ties and boss-bonds life-services, I admonish yet to quit now and join the rest of the youths in their league of total self-emancipation. It is never late now. Only their will, decision and action are tardy. Certainly, like Mahatma Gandhi, the youths in Imo State will make history in the Federation from where the vision like wildfire will wreck other States. Prof Wole Soyinka (in his The Man Died) remarked that a “man can only grasp his authentic being through confrontation with the vicissitudes of life.”