I only lured my friend to where he was killed: Kano cyclist 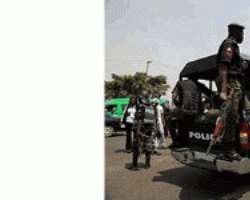 A 25-year-old man, Abdullahi Garba, has narrated how he connived with his friend, Abdullahi Galadima, to kill a commercial motorcyclist popularly known as Okada man in order to steal his bike.

Garba, a resident of Darazo village of Darazo Local Government Area of Bauchi State, told our correspondent at the Adamawa State Police headquarters, Yola on Thursday, that he lured Umar Shuaibu, who was also his friend, to where he was murdered.

He identified Galadima as the person that stabbed Shuaibu with a knife, adding that his own role was to lure the deceased to the spot where he was killed, so that they could steal his motorcycle.

He said, “I ask Galadima who is my friend to take me to the house of Shuaibu, another friend of mine. We asked him to take us to Zoro village through Gombe road.

“On our way to the village which is four kilometres from Gombe road junction, we got to the bush and I told him to stop. Immediately he stopped, Galadima hit him with a hammer.

“He fell down but I think he didn't hit him hard because he ran away and started shouting my name 'Baro, Baro, Baro.' I was still on the ground when I saw him coming towards me, so I pushed him and he fell down,” Garba narrated.

He further explained that Galadima asked him to stab Shuaibu with the knife he had with him “but I refused because I've not killed before and I didn't want his blood to be on me.”

He continued, “Immediately, he (Galadima) collected the knife from my hand and pierced him on his abdomen, and killed him. I didn't kill him, I only lured him to where he was killed but it wasn't me who killed him.”

After killing the Okada man, Garba, a guinea fowl trader, said they stole the motorcycle and took it to Gombe State where it was sold off.

He added, “My friend later called me to go with a torchlight to ascertain if he (Shuaibu) has really died and after I did that, we took his motorcycle to a mechanic in Gombe but he hasn't even paid us.”

Galadima, who also gave his own account of the incident, said he hit the deceased twice with a hammer, but not hard enough to kill him.

He said, “I was at home that fateful day when Abdullahi (Garba) came with an okada man and picked me. He told me to come with any available weapon and I picked a hammer.

“I was sitting in between Garba and Shuaibu on the bike and when we got to the bush, I hit him twice in the head, but I didn't hit him so hard. I missed the exact spot I targeted because if I had hit him there once, he would have died.”

Galadima narrated that the deceased tried to run away, but Garba stabbed his stomach to prevent him from escaping.

The state Police Public Relations Officer, Muhammad Abubakar, said the suspect had confessed to the crime during interrogation.

Abubakar admonished parents to always know the whereabouts of their children especially girls to protect them from sexual predators. Pumch