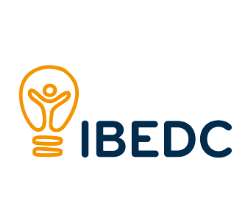 The House of Representatives Committee on Power has gave a 48 hour deadline for the National Electricity Regulatory Commission, NERC, to comply with the ruling of an Abuja High Court presided over by Justice Nnamdi Dimgba which ordered the Regulatory body to maintain the Status quo ante in respect of the suspension order slammed on the Board of IBEDC.

It would be recalled that Justice Dimgba, had in his ruling, while hearing the case filed by Ibadan Disco and its core investor, Integrated Energy Distribution and Marketing Ltd, IEDM, against NERC’s suspension order gave the ruling which effectively quashed the suspension order.

The Chairman thereafter ordered the NERC boss to place a public announcement in the media, announcing compliance with the court ruling, just as the Commission did when it earlier announced the suspension, within 48 hours.

According to him, ``Going by the order, you went through a process and made an announcement that sent shock into the market, that caused Nigerians to be concerned and there is an order of the Honorable court cited by your legal director.

``Did you make an announcement…and served them documents based on the order of the court?” Hon. Asukwo Asked during the session.

``With no definite response from Prof. Momoh, Hon. Asukwo added “I want to direct without any ambiguity or favor or whatever. I direct just like the National Assembly had passed the motion and sent you a copy.We direct that within 48hours, you obey the court order and rescind the directive on Electronic Media to maintain status quo.”

In respect of the status quo ruling, the House Committee contended that there was no ambiguity as to what status quo meant as it implied that NERC should revert to what the situation was before the suspension order.

The House Committee on Power also directed NERC to comply immediately with the resolution of the House of Representatives on the issue.

The House of Representatives, on July 17, passed a resolution through a unanimously adopted voice vote compelling NERC to rescind the suspension of the executive and non-executive directors of IBEDC, after which it charged its Committee on Power to investigate the matter.