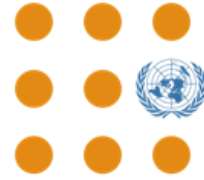 The United Nations Population Fund (UNFPA) in collaboration with Borno State Government has commenced campaigns against Vesico-Vaginal Fistula (VVF) among women that gave births in the state.

The fistula campaigns and repairs are being funded by the Canadian and Korean Governments for $5 million (N1.8billion). Repairs of fistula among women, was disclosed on Tuesday in an UNFPA report fact sheet released to journalists in Maiduguri. “The Fistula ward has been in existence since the inception of University of Maiduguri Teaching Hospital and the separate Fistula Theatre and Rehabilitation Sites commissioned between 2003 and 2007 during Sheriff Administration, as a government intervention,” said the report.

According to the UNFPA report, no repairs were possible in 2017; because of the lack of human resources for health.

The UN agency’s media and communication specialist, Kori Habib said that since commencement of campaigns on Monday, 25 patients in Borno are on the wait list for fistula repairs by three surgeons and a Professor.

She further disclosed that the N1.8 billion VVF repair centre has 50-bed capacity; equipped with supply of consumables for surgery and two each of autoclaves and surgical beds.

She said the fistula repairs are free of charge, including feeding during the 12-day campaigns and screening. According to her, threatre stools and an angle light sources are to be installed at the fistula repair centre. “To support campaigns for mass repair at the centre in the future, more funding mobilization would be required in the interim,” said the report.

Kori said the UNFPA Canadian Fund has been used for the remodeling and renovation of fistula repair theatre for 150 patients. The report noted: “The Borno State Government is very much interested in the prevention of fistula through education of the girl child, increasing access to family planning and safe motherhood, repair and rehabilitation of fistula survivors.”