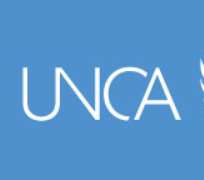 2018 marks UNCA's 70th anniversary celebrating seven decades of journalism committed to reporting on the UN and its many causes and objectives.

Deadline for submissions is September 15, 2018
The awards are open to all journalists anywhere in the world. The Awards are:

1. The Elizabeth Neuffer Memorial Prize, sponsored by the Alexander Bodini Foundation, for written media (including online media). The prize is for print and online coverage of the U.N. and U.N. agencies, named in honor of Elizabeth Neuffer, The Boston Globe bureau chief at the U.N., who died while on an assignment in Baghdad in 2003.

2. The Ricardo Ortega Memorial Prize for broadcast (TV & Radio) media. The prize is for broadcast coverage of the U.N. and U.N. agencies, named in honor of Ricardo Ortega, formerly the New York correspondent for Antena 3 TV of Spain, who died while on an assignment in Haiti in 2004.

3. The Prince Albert II of Monaco and UNCA Global Prize for Climate Change. The prize is for print (including online media) and broadcast media (TV & Radio) for coverage of climate change, biodiversity, and water.

IMPORTANT INFORMATION FOR APPLICANTS:
Coverage of the U.N. and U.N. agencies is specified in each category; the committee welcomes coverage of all issues particularly on the Sustainable Development Goals for 2030, peacekeeping operations and nonproliferation, including the elimination of nuclear, chemical and biological weapons.

Work in print, broadcast (TV & Radio) and online coverage must be published between September 2017 and August 2018.

The judges will look for entries with impact, insight and originality, and will consider the courage and investigative and reporting skills of the journalists. Entries from the developing world media are particularly welcome.

Entries can be submitted in any of the official U.N. languages (English, French, Arabic, Chinese, Spanish, and Russian), however a written transcript in English or French is necessary to facilitate the judging process.

Each candidate can submit to no more than two (2) prize categories, with a maximum of three (3) stories in each. Joint entries are accepted.

Electronic files and web links uploaded to the online Entry Form are required.

HOW TO SUBMIT YOUR ENTRY:
Entries are submitted online by completing the UNCA Awards Entry Form.

On the first page, please complete your personal information and upload your photo.

The following page is where you will submit your work electronically by uploading web links and/or files directly to the Entry Form.

** Electronic entries are mandatory **
All entries must be received by September 15th, 2018