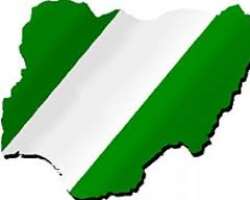 Nigeria has been a failed state since January 1914 when it was created. The Europeans who created the country did so for overwhelming economic interest: to create a market for the extraction of abundant raw materials, export the materials to Europe, convert the materials into commodities and export them back to Nigeria as finished goods. The ultimate political economy of this is that Nigeria has remained a commodities consuming state. At independence in 1960 and adopting a constitution engineered and approved by the colonial masters, those who took over the mercantilist political leadership of Nigeria continued ruling the country on the same principles. Hence in 2018, that is 104 years after the creation of Nigeria, the country still export crude oil and import the commodities manufactured thereof. To make the matter worse, whatever is the balance from crude oil sales after paying for the commodities is simply shared amongst the political elites who have dominated the leadership of the country since 1960; instead of using the revenue to develop and sustain other sectors of the Nigerian economy.

Consequently, how do we determine that it is the character/quality failure of political leadership that has led to the failure of the Nigerian state? We will do this by applying four (4) qualities of good political leadership on all Nigeria’s presidents. Although in Political Science, there are no generally accepted qualities of good political leadership that can be applied to all leaders in all countries, we can suggest certain qualities in some countries based on the level of their political, social and economic advancement. To lead a state or a people in a political society like Nigeria, I believe the leader should possess the following qualities: intellectuality (sound education at least a degree), integrity (high moral standard and the capacity to stand firm and insist on and do what is right), patriotism (love for all the people) and the fear of God.

Intellectuality has to do with the leader acquiring higher formal educational qualifications (not on the job training) that enable him or her to have superior mental or reasoning power that instills in the leader the principles and abilities to easily understand and take dispassionate, accurate and timely actions for the good of ALL. Plato knew the influence of higher knowledge on political leadership hence he suggested “Philosopher King”. Let’s apply intellectuality on Nigeria’s presidents. Late Dr. Nnamdi Azikiwe had it, but late Alhaji Tafawa Balewa did not have it. All the military rulers of Nigeria did not have it. Alhaji Shehu Shagari did not have it. Chief Ernest Shonekan had it. Mr Umaru Musa Yar’Adua had it. Dr. Goodluck Ebele Jonathan had it. Out of the 13 Heads of State and Presidents of Nigeria, only 3 (Azikiwe, Yar’Adua and Jonathan) had sound education and this translates to only 23% for intellectuality; while 10 or 77% failed.

Integrity test requires that Nigeria’s political leaders should have high moral standards. Morality is about being right or doing the right thing. What is right is as determined by the Constitution and all relevant laws or rules and regulations guiding the office of the President. Integrity also is about being reasonable and the strong belief by the President in justice, equality, egalitarianism and discipline and strong hatred for what is wrong. The ACB scandal against Azikiwe and the “10 percenters” as alleged by Nzeogwu and co. on 15th January 1966 made him fail the integrity test. Tafawa Balewa failed this test based on his lopsided and poor handling of the crises that rocked Western Nigeria during the First Republic as well as the corruption alleged by Nzeogwu and co. Ironsi failed this test for not taking prompt appropriate action against Nzeogwu and co. Gowon failed the integrity test on three factors: he killed Ironsi arguing that unitary structure was undesirable for Nigeria, yet he practiced same under a federal structure and secondly, the huge revenue from crude oil sales was used to build elephant projects he knew could not be managed by Nigerians and therefore unsustainable. The third reason was reneging on the time to hand over power to civilians and this led to Murtala Mohammed’s coup of 1975. History appears not to have recorded any clear case of lack of integrity by Mohammed. Obasanjo failed the integrity test for not coming out formally to defend himself in the court of law on the alleged disappearance of N2.8 billion during his military leadership and the disappearance of $16 billion for NIPP projects during his civilian administration of Nigeria. Shagari failed the integrity test due to the alleged large scale corruption that took place during his leadership of Nigeria. For example, it was during this time that Nigeria paid for the importation of rice but received sand by the then Ministry of Transport under Umaru Dikko. History is yet to record any strong allegation of lack of integrity against Buhari both in 1983-85 and 2015 to date. Babangida was confirmed to have not provided enough explanation of what happened to the Gulf oil windfall of $12 billion during his reign, the annulment of the June 12, 1993 election allegedly won by Chief MKO Abiola and the killing of Dele Giwa. History is yet to record integrity infraction on the part of Shonekan. Sani Abacha’s loots and the killing of Kenule Saro-Wiwa are instances of lack of integrity on Abacha. The death of Chief MKO Abiola and the alleged stupendous wealth being enjoyed by Abdusalami Abubakar (could not have been sourced from his less than one year salary in office) made him to fail the integrity test. Umaru Yar’Adua’s denial of his illness which later took his life is an integrity infraction. The loots from his wife, Dasuki and other close officers of the Jonathan administration indict him on integrity. Therefore, on integrity test, only Murtala, Buhari and Shonekan passed and the rest failed at 23% and 77% respectively.

Patriotism speaks to the passionate love for all the peoples of Nigeria. This love has to do with reducing the factors that make people suffer, thus improving their lives. It also means responding to the emergency needs of the people, especially life threatening issues. History has it that Azikiwe and Balewa failed the patriotism test when we consider the federal government’s role in the Western crises from 1959 to 1962. But we must give it to Azikiwe that he loved Nigerians as a whole and that was why he won the Western election in early 1950s and did not support the breaking of Nigeria by Biafra. Therefore, on the patriotism scale, Azikiwe passed. Ironsi failed to prove that the killings by Nzeogwu and co. were wrong. Gowon loves people, despite his brutal handling of the civil war. Sincerely, Gowon was a patriotic leader because no one in his shoes would have done otherwise. Murtala Mohammed was a patriotic soldier like other military leaders. This may not mean that they love every Nigerian. Obasanjo hates people and this can be seen in his handling of the Odi and Choba people in his second coming as Nigeria’s leader. Babangida’s treatment of the Zango-Kataf crisis and the annulment of the June 12, 1993 election remain a huge minus for him. All the other military leaders, probably due to their training, do not have passion or true love for the peoples of Nigeria. Shehu Shagari failed this test for allowing corruption and not punishing Umaro Dikko for importing sand for Nigerians. Shonekan did not show that the annulment of the June 12, 1993 election was an abnormal development, so he failed the patriotism test. Umaru Yar’Adua passed the patriotism test for establishing the Amnesty Programme in the Niger Delta. Goodluck Jonathan failed because he said “stealing is not corruption” and the massive stealing under the oil subsidy scam and the SURE-P programme failed to really reduce the sufferings of the people. Buhari’s poor handling of the herdsmen’s killings in parts of the North clearly shows his hatred for people.

Therefore one can only point to Azikiwe, Gowon and Yar’Adua as Nigerian leaders who were patriotic to all peoples of Nigeria, at least on the average. Again, this is 23% pass and 77% failure.

On the quality of the fear of God, maybe it is only Gowon that can pass this test. In that case we have a pass mark of 7.5%, leaving 92.5% failure.

Using these parameters, we arrive at alarming failure rates of 77% (intellectuality), 70% (integrity), 77% (patriotism) and 92.5% (fear of God), while the respective pass marks are the differences in percentages. Thus Nigeria’s political leadership scores grade A failure rate in all the parameters. Who then would wonder why Nigeria is a failed state? Nigeria is a failed state because the country has been afflicted with bad political leaders since 1960.

The basic way forward is for Nigerians to begin to interrogate the character or quality of those who aspire to lead them using these suggested parameters. Using political ideologies to judge future leaders in Nigeria would be too sophisticated who believe in survival than living. We need to deal with these basics first before moving on to the more serious issue of living. Doing otherwise is like assessing a primary school pupil using university standard.