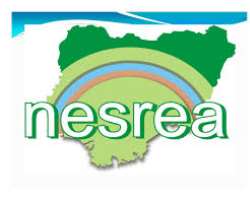 Lagos, Monday, July 23, 2018:Media Rights Agenda (MRA) today inducted the National Environmental Standards and Regulations Enforcement Agency (NESREA) into its “Freedom of Information (FOI) Hall of Shame”, accusing it of undermining its own effectiveness by disregarding the FOI Act and possibly endangering the lives of Nigerians by its secrecy.

In a statement in Lagos, Mr. Ayode Longe, Programme Director at Media Rights Agenda (MRA), said the agency, which has among its duties, the creation ofpublic awareness and provision of environmental education on sustainable environmental management, the promotion of private sector compliance with environmental regulations other than in the oil and gas sector, and the publication of general scientific or other data resulting from the performance of its functions, has failed Nigerians in its core functions as well as in the implementation of a critically important piece of legislation aimed at promoting transparency, accountability and public participation in the important sector that it oversees.

He said: “There is no information available anywhere about any research, monitoring and enforcement of compliance by NESREA with any environmental regulation or laws while there is very little information available on its website or elsewhere about its activities, operations and businesses. We fail to see how this cloak of secrecy under which it operates, in breach of the express provisions of the Law, is in the interest of NESREA or helps it to advance its goals.”

Established by the National Environmental Standards and Regulations Enforcement Agency Act of 2007, NESREA has responsibility for the protection and development of the environment, biodiversity conservation and sustainable development of Nigeria’s natural resources in general as well as environmental technology, including coordinating and liaising with relevant stakeholders within and outside Nigeria on matters of enforcement of environmental standards, regulations, rules, laws, policies and guidelines.

According to Mr. Longe, although the agency says its operational strategy is to establish a robust environmental information management system, including a database and databank, it has failed to disclose the categories of information that the FOI Act requires it to publish proactively, including information about its businesses, activities and operations.

He noted that the agency has failed to proactively publish the lists of reports, documents, studies or publications prepared by independent contractors for the agency as well as files containing applications for contracts, permits, grants, licenses or agreements, which it is obliged to do under the FOI Act.

Besides, Mr Longe said, although the agency has a long list of accredited consultants whose certificates are ostensibly up to date as at July 2018, there is no information about the names, salaries, titles, and dates of employment of employees and officers of the agency as required by section 2(d) (vi) of the FOI Act.

He accused the agency of failing to disclose reports and details of organizations or individuals that are violating environmental laws or regulations, standards, rules, policies and guidelines, thereby creating a lack of public awareness on the issue, contrary to its mandate, and possibly endangering the lives of Nigerians as a result.

Mr. Longesaid since the FOI Act was passed into Law and came into force in 2011, NESREA had not submitted any annual report to the Attorney-General of the Federation on its implementation of the Act, as required by section 29 (1) of the Law. He noted that as at February 1 of this year, NESREA ought to have submitted a total of seven such reports to the Attorney-General of the Federation.

In addition, he said that there was no indication on the agency’s website or anywhere else that it has designated an appropriate officer to whom applications for information should be sent.

Mr. Longe accused NESREA of also violating Section 2(3) (f) of the Act, adding that even the Office of the Attorney-General of the Federation, the oversight body for the implementation of the FOI Act, which maintains a database of such FOI Desk Officers of public institutions, has no record of compliance by the agency.

According to him, the institution is also in breach of section 2 (3) (d) (i) and (e) (iii) of the Act as it has consistently failed to proactively disclose any information relating to the receipt and expenditure of public or other funds as well as information containing applications for any contracts made by it or between it and other public institutions or private organizations.

Mr. Longe noted that the institution had apparently also not trained its officials on the public’s right of access to information or records held by it and for the effective implementation of the FOI Act, as required by Section 13 of the Act.

He said: “Media Rights Agenda calls on the Buhari Administration not to condone this sort of potentially pernicious disregard of our laws by public institutions. Heads of public institutions such as NESREA who do not appear to have an appreciation of the importance or seriousness of the offices they hold have no business holding public office.”

According to Mr. Longe, “The Government must move away from what appears to be a public policy of condoning the violation of our laws by the same public institutions that should be in the forefront of championing compliance with the Law, especially when they have regulatory functions and require other public and private bodies to obey the Law and report to them. If the regulatory bodies are themselves in breach of the Law, they rob themselves of the moral or legal authority to insist on compliance by other entities over which they superintend.”