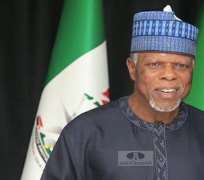 The Nigeria Customs Service (NCS) has created a new window for vehicle owners who imported them illegally to pay appropriate Customs duty.

Customs Comptroller-General, Hameed Ali reportedly granted the request by some clearing agents who visited him in Abuja recently.

“When we visited the CGC, in the presence of his management, we made a verbal request to the CGC to consider reopening of duty payment like the platform they had around March and April last year for those cars that were improperly brought into the country. So instead of them being arrested, they are being requested to come and pay appropriate duty on them to avoid being seized.

“The request was granted and that is why we are driving the process but it is open to the general public. The CGC immediately told the Customs Public Relations Officer to coordinate the request.

“This is not a grace period because there is no period attached to this one but it is like an opportunity or open cheque given to those improperly imported vehicles,” Association of Nigerian Licensed Customs Agents (ANLCA) image maker, Joe Sanni who said he was part of the visit informed SHIPS & PORTS DAILY.

He said vehicle owners or importers who are in doubt of the authenticity of their vehicles Customs documentation should take advantage of the new window to regularize their import duty payment.

“So far, people are coming forward with their applications all over the country and once we have a substantial number, we head to Abuja and the PRO now takes us to who is going to issue the value and the way to go and pay,” he said.

“I am not aware of the arrangement and I cannot comment on a non-existing programme. There is nothing like grace period,”