The Age of Kompromat 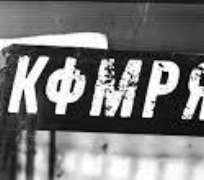 Beware of what you say or do in secret. Kompromat gatherers are listening in or watching you. I guess you can say that we are living in the Age of Kompromat. For the not so well informed, kompromat is the Russian abbreviation for “compromising material.” Thanks to American President Donald Trump and his “no collusion” or “collusion (?)” with Russia, the concept of kompromat has taken center-stage in world affairs and international politics.

The Kremlin has since issued its own perspective of what transpired in the 2 hours private meeting between the two leaders. Americans are none the wiser about what their President discussed or committed to on their behalf with the Russian President. The only living witnesses of the private discussions are two interpreters, one Russian and one American. Since the American President is mum about what transpired in the secret conclave between him and Putin, someare contemplating dragging the American interpreter before the US Senate to testify on oath.

Some top-ranking elements who were once active in the American intelligence community are swearing that Putin himself or his interpreter would have gone into the private meeting with kompromat gathering tools, recording the entire conversation. With the disdain with which Trump treats his own country’s intelligence community, it is doubtful if he would have done the same.

We now have a situation in which potentially, an ex-intelligence colonel, may have pulled off the greatest coup in the history of human intelligence gathering efforts. Let us stop at that. But I did fear privately in November 2016 that there was more rejoicing in Moscow than there was in tea parties in the United States. In the corner of my eyes, I could see the apparatchiks in the Kremlin, clinking glasses and raising a toast to “our man in Washington, D.C.”

The powerof kompromat lies in the fact that it can be effective as a weapon of coercion against the guilty even when it does not even exist. If you have done something wrong and fear that there might be kompromat held against you somewhere, you are more likely to acquiesce to external influence. If what the presumed kompromat holder is bidding you to do is of mutual benefit to you both, you are more than likely to co-operate. Thisensuing collusion then leads to the “double kompromat.”

Nigeria’s former National Security Adviser Colonel Sambo Dasuki retired has been held in jail for several years by the Buhari Administration. This is despite having been granted bail severally by the law courts – a clear abuse of power. The explanation offered by the Government is that he is a security threat to the nation.

There are speculations in enlightened quarters however that the real reason why Colonel Sambo Dasuki, a Fulani prince cannot be released from detention is because he has kompromat on the nexus and collusion between the leading lights of the Buhari Administration and the murderous Fulani herdsmen terrorists who have held Nigeria by the jugular. Could this really be true? Only time will tell.