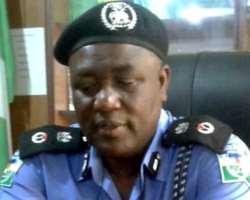 The Nigerian Voice gathered that Michead killed his mother with a machete. He has been arrested by men of Osun State Police Command.

The Police Public Relations Officer of the command, Folashade Odoro, confirmed the incident in a chat with The Nigerian Voice.

Odoro said it was reported to the police that the suspect hacked his mother to death. She explained that police detectives were deployed to the scene of the incident immediately.

"The detectives arrested the suspect at the scene of the incident and took the corpse of the deceased mother to a morgue."

"We have commenced investigation into the matter. The suspect will face the full wrath of the law after investigation," Odoro said.