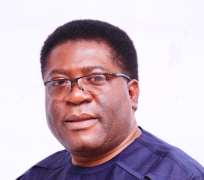 Prince Madumere attributed Fayemi’s victory to Ekiti people’s appreciation of his monumental contributions to the State during his first tenure in the office, saying the people must have reviewed his performance in full appreciation.

He extolled the ruling party at the center led by President Mohammadu Buhari for sacrificing self-interest in advancing Nigerian democracy by insisting that elections are free and fair.

He also applauded him for the strategic way the economic down-turn was handled, which led to the recovery being experienced in the country coupled with obstinate stance against corruption is a fact that every Nigerian ought to appreciate.

The number two citizen of the Imo State therefore called on the people of the South East zone to support President Buhari led administration and his re-election bid following his sincerity of purpose vis-à-vis socio-economic driven developmental projects in the zone.

He enumerated some of the signature projects of President Buhari led government in the zone for which the people of the South East had cried out to the previous governments but were ignored. Among some of them are the Second Niger Bridge, Enugu-Awka express road, Enugu-Portharcourt express way, Owerri-Aba road dualisation project and many others.

Prince Madumere describing agriculture and agribusiness as the nucleus of every economy, which bothers on food security and sustainability, he extolled All Progressives Congress for the rewarding huge investment in the sector with Rice Anchor Borrowers Fund, which has reduced the nation’s reliance in foreign rice.

He however called for patience in the area of security challenges occasioned by the herders, assuring the people that the situation will be brought under control with President Buhari having vowed to fight the situation head on. He reminded that President Buhari’s success story in reducing to the barest minimum the activities of the Boko Haram insurgents is a case in point.