Borno targets more than 1 million children with antimalarial therapy.... WHO 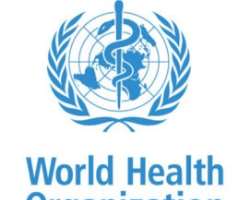 With the support of World Health Organization (WHO) and partners, Borno State Ministry of Health jas planned to reach more than 1.1 million children aged three to 59 months with anti-malaria therapy in 13 LGAs of the state, including liberated LGAs like Mobbar, Ngala, and Monguno LGAs.

From 14 – 17 July 2018, anti-malaria drug administrators will be visiting households to administer the first dose of the 4-cycle campaign, which aims to mitigate against increased cases and deaths during the 2018 peak transmission period in the state.

Dr Collins Owili, WHO Emergency Manager for North-east Nigeria who disclosed this today in Maiduguri said WHO has already trained and engaged more than 1000 community-based health workers as well as volunteers in selected LGAs and wards to develop implementation strategies and provided essential data tools for quality Seasonal Malaria Chemoprevention (SMC) campaign in Leveraging on existing Polio eradication infrastructure, including human and material resources.

“Malaria remains the leading cause of death among children under five years in Borno state; yet malaria is preventable and curable with easy-to-administer therapy,” Dr Collins Owili, WHO Emergency Manager for North-east Nigeria says.

“In emergencies as we have in north-east Nigeria, one of the most effective ways to reduce deaths due to malaria among children living in vulnerable conditions is through preventive measures such as use of insecticide treated nets and seasonal malaria chemoprevention”, Dr Owilli said.

According to WHO, malaria is currently the leading cause of death and claims more than 50% of all recorded deaths in Borno state. Children under the age of five are particularly vulnerable.

While Dr Haruna Mshelia the Borno Sate Commissioner of Health said, “It is indeed regrettable that malaria, which is preventable and treatable, is ravaging populations in Borno state”.

However, he was hopeful that ,“If we can conduct a malaria prevention campaign, properly diagnose suspected malaria before treatment, and convince people to sleep under insecticide treated bed nets, we can roll-back malaria in the northeast region of Nigeria, regardless of the ongoing crisis.”

It will be recalled that in early July 2017, the first of 4-monthly cycles of mass drug administration reached more than 1.2 million children under-five in Borno state and the first time a malaria prevention campaign was conducted in the State.

The SMC is a WHO-recommended intervention for children under five years living in areas of seasonal transmission in the Sahel belt of Africa. The use of SMC as preventive intervention, especially during the peak transmission period (rainy season), reduces cases of severe malaria by about 75%.

In view of the unusually high child morbidity and mortality rates due to malaria in Borno, the roll out of an emergency SMC campaign is considered a priority.