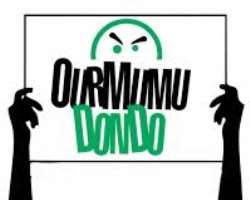 Dear Ekiti People,
The day we have all been waiting for is almost here. In less than 24hours from now, you will be going to the polling booth nearest to you to exercise your franchise. As a responsible Ekiti person who cares about the development of Ekiti, you will be expected to carry out your civic responsibility without favors or compromise.

It is important to note that this election will fundamentally serve as a litmus test for subsequent elections that will lead up to 2019. The general attitude of the Ekiti people in this election and the general conduct of the electoral umpire; INEC, Political parties, politicians, and the security agencies will be decisively indicative of what the world should expect from Nigeria in 2019.

As responsible people of Ekiti with a renowned history of an astral hallmark in education, we urge you to act as a beacon of light to the millions of Nigerians who are closely watching your attitude to tomorrow's governorship election by demonstrating unmatched integrity and firm conviction in what is right. We urge you to be peaceful and vote for the candidate in whom you are strongly convinced of his capacity, character, and competence, only. We urge you to shun every politician or political party that offers you money to influence your ballot; they are the real enemies of democracy and good governance.

Remember, however, that if you wish to sell your vote, you must insist on 864,000Naira as the cost of selling your vote. This is because the minimum wage in Nigeria today is 18,000Naira, and when you multiply 18,000Naira by 48months which is the total number of months that constitute a single tenure of a governor, you will arrive at 864,000Naira. You must bear in mind that any politician or political party that gives you less than 864,000Naira to influence your ballot is simply trying to shortchange you, and you must ignore them. If you cannot get 864,000Naira as the cost of selling your vote, then do not sell your vote at all. Rather, look for a candidate that has the capacity, competence, and character of serving you well and making Ekiti State better for everyone.

Important to note, also, that the OurMumuDonDo Movement is strongly hoping that the intimidating presence of security forces in Ekiti State will drastically reduce the excesses of political parties and candidates and not be used to subvert the electoral process.

Finally, the OurMumuDonDo Movement wishes to remind all stakeholders involved in tomorrow's gubernatorial election that Nigerians are watching, and the world is watching very keenly, too. The electoral umpire; INEC, the NPF, the Nigerian Army, all paramilitary agencies, and all election observers (local and international) must ensure that tomorrow's election in Ekiti is free, fair, and credible.