Atiku Abubakar: The Balm That Will Heal The Sick Nigerian Nation 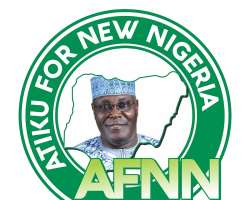 The founder and National Coordinator of a political pressure group known as Atiku For New Nigeria, Chief Chijioke Igwe Uwa, has described the former Vice-president of the Federal Republic of Nigeria, Alhaji Atiku Abubakar GCON, as the balm that will heal the Nigerian nation of the misrule of the All Progressive Congress - led administration which has terribly destroyed the Nigerian economy, circumvented the fundamental rights of many Nigerians, created suspicion among Nigerians along tribal and religious lines and turned Nigeria into one large human abbatoir in which citizens are killed in scores on daily basis."

In the message of the National Coordinator to the people of Ebonyi state during the campaign visit of presidential hopeful, Alhaji Atiku Abubakar GCON, which was read by the group's National Director of media and strategy, Hon. Monday Eze, Chief Uwa posited that "the Nigerian nation has never been as cracked and sick like this in its history. It suffices that the present administration of All Progressive Congress under the superintendence of General Muhammadu Buhari has failed Nigeria and Nigerians on all fronts through his actions and inactions. The much taunted anti-corruption war is merely a selective witch-hunt designed to cow people into joining the All Progressive Congress. A situation where descent members of the opposition and even dissenting voices are framed up as corrupt while high profile cases of corruption are terminated once the accused joins APC is unacceptable." The Atiku For New Nigeria boss described Former Vice-president Atiku Abubakar as "a detrabalized and democratic statesman who, unlike military democrats, respects other religious adherents, loves people of other tribes and has kept faith with the many friends he has across the length and breath of Nigeria over the years. Atiku is the only one who has all it takes to heal and unite the sick and cracked Nigerian nation and restore the rule of law and the dignity of the Nigerian citizens which has been terribly diminished through unlawful detention, intimidations and poverty. Atiku Abubakar is the balm Nigeria needs to heal". Chief Uwa who has served at various times as a council chairman and federal commissioner promised that the Atiku For New Nigeria group will market the Atiku Abubakar Presidential Project to all nooks and crannies of Nigeria to ensure that Nigeria is rescued from the backward match otherwise known as APC administration in 2019.

The message in its conclusion congratulated the President of the Nigerian Senate, Dr. Bukola Saraki, on his vindication by the Supreme Court of Nigeria which terminated what Uwa termed "Saraki's judicial torture" by the APC - led Federal Government. Uwa further stated that with Atiku Abubakar as President of the Federal Republic of Nigeria, such flagrant abuse of the judicial process and media trial as was witnessed in the case of Senate President Bukola Saraki and many other Nigerians will belong to history. He equally charged Ebonyi people of voting age who have not gotten their permanent voter's card, PVC, to utilize the opportunity of the on-going Continuous Voter Registration exercise to register as voters, follow up by collecting their PVCs and utilize same properly to end the APC - induced misrule and hardship in Nigeria.