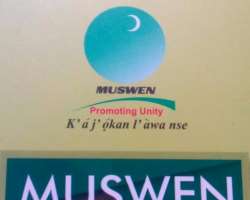 Ibadan; 11th July, 2018: The attention of the Elders’ Forum of the Muslim Ummah of South West Nigeria (MUSWEN) has been drawn to recent hate speeches and venomous attacks on Islam and Muslims by the National Christian Elders Forum (NCEF) which seems to have become the mouthpiece of the Christendom in Nigeria.

We are worried that NCEF is already worsening the Muslim-Christian relationship in the country rather than serve as a purposeful platform for harmonious relations and nation building.

There is no doubt about the fact that these Christian elders are taking Nigeria into an uncharted era of a new crusade with their infatuation for Jihad, deliberate use of propaganda and fear-mongering as tools for propagating their ideas, deliberate falsification of historical facts and making of wild and weird claims.

For instance, in one of their recent statements, the Christian elders relied on an imaginary and obscure source (‘Parrot Newspaper’) to put words in the mouth of the Late Sir Ahmadu Bello. Their intention is obviously to portray the revered Sardauna of Sokoto in the bad light of religious bigotry. It is strange that given the import of the statement which was allegedly made by Sardauna on October 1, 1960, the very day Nigeria gained her Independence from Britain, it was never attributed to any well-known and credible media source. More strangely, checks revealed that the statement never became an issue for public discourse until 2012 and there has been no evidence of the reactions of other nationalists like Dr Nnamdi Azikiwe and Chief Obafemi Awolowo.

In the same vein, much has been made of the unfortunate killings in Benue State. Much as we condemn the killings and those carried out in several other States, we are sad that this national disaster has falsely been portrayed as a religious war! However, some of the recent arrests made by security agencies have thrown up facts about the underlining causes of the crisis in Benue. It is now clear that contrary to widespread propaganda, the suspects were not Muslims.

For the umpteenth time, a deliberate attempt is being made by some Christian leaders to openly create dichotomy among Nigerian people along ethnic and religious lines. We are worried about the possible effects of this dangerous politicisation of religion and ethnicity by the Christian elders in a plural society like Nigeria. As Muslims, we believe that our plurality as a nation is the product of Divine Wisdom and that nothing can change this.

We have had cause in the past to advise Afenifere to stop parading itself as a pan-Yoruba group as long as it continues to be run as a closed organisation completely dominated and led by Christians. It is unfair that the group which never hides its detestation for Islam and Muslims would continue to give the false impression that it speaks for all Yoruba – Muslims, Christians and others – when it is a well-known fact that Muslims constitute the majority of the Yoruba people in Nigeria.

Understandably, Nigeria has had several challenges as is common with countries with the size and ethno-religious diversity as Nigeria. In such settings, however, leaders at various segments of the society are to preach and demonstrate peace; they are not to spread falsehood or promote hatred as, disappointingly, the Christian elders have done. Indeed, there is no more appropriate time for leaders to be mindful of their utterances than this trying period in our nation’s history.

While MUSWEN remains committed to peaceful co-existence among the diverse people of Nigeria and to the sanctity of the 1999 Constitution as amended, we hereby appeal to the peace-loving people of Nigeria, especially Muslims and Christians, not to succumb to fear-mongering, intimidation, falsehood and hate speeches. Rather, we should remain at peace with one another despite our religious and ethnic differences, and as law abiding citizens.