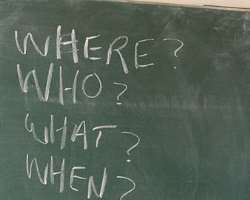 A 36-year-old teacher, Isaac Bentum, has been arrested by the Kasoa Police in Ghana for allegedly impregnating two Junior High School pupils who are of the same parents.

The victims are in JHS 2 and 3 respectively at the same school in Senya Beraku in the Awutu Senya West District of the Central Region, reports Citi Newsroom.

Speaking in an interview, the uncle of the victims, Mr. Barnabas Abban, said the teacher defiled the final year JHS 3 pupil, and impregnated her, and did the same a month later to the younger sister.

Abban said he reported the matter to the Domestic Violence and Victim Support Unit Department of the Kasoa Divisional Police Command and the teacher was arrested.

Abban said the teacher lured the girls with the promise of helping them to pass their final year examination.

ASP Florence Annaman, the Kasoa Divisional Commander of DOVVSU, confirmed the case to the Ghana News Agency and said the accused was yet to be processed for court.