Death Of A Female Corps Member by a policeman: Senate, police Begins Probe 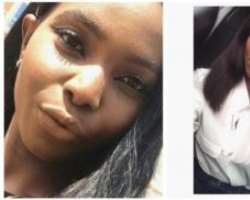 The Police Command in the Federal Capital Territory ( FCT) has joined the Senate to probe the alleged killing of a female corps member, Linda Igwetu, by a policeman on Wednesday in Abuja.

The command's Spokesman, DSP Anjuguri Manzah told the News Agency of Nigeria ( NAN) via a text message on Thursday in Abuja.

According to report, Igwetu, who was allegedly shot in the early hours of Wednesday by a police officer, was rushed to the Garki Hospital where she died.

It was also reported that the hospital allegedly refused to treat the deceased unless a police report was presented to them, an allegation which the hospital denied.

The deceased was among corps members scheduled to pass out on Thursday before she met her untimely death.

Earlier Thursday, the Senate resolved to launch investigation into the episode to ascertain how and why the corps member was killed by a cop.