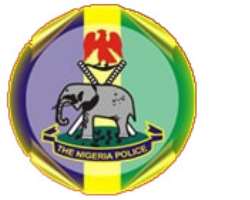 Have you ever wondered what language can do to a person? Do you know that the language a person speaks and the culture associated with such language can influence that person's way of life and particularly the way such person behaves?

Now there are a whole lot of questions we need to ask ourselves and try as much as possible to find answers to them if really we want to solve a lot of problems confronting Nigeria. These issues may sound funny but they are really serious. Sometimes it is those issues we ignore and feel they are not important that are often the underlying reasons why certain people behave in certain ways. For us to know why some people often exhibit certain behavioral tendencies, we need to properly examine a lot of things about them and including their language. There is no doubt that a lot of human traits are associated with language or the type of language a person speaks.

Now let me ask Nigerians these pertinent questions. Why should the average Nigerian police man always speak pidgin English even among themselves? Why can't police men communicate in good English even when they actually understand English but they chose to communicate in pidgin English? When you go to the average police station in Nigeria for a case, what common language do you hear police men communicating among themselves? What is pidgin English and how did the language come about? If pidgin English is an adulteration of the standard English and since Nigeria has chosen the English language as an official means of communication, then why can't our police officers speak good English to us when we get to the police station?

When an average Nigerian police man stops you on the road and asks for your vehicle particulars or asks you any other questions or when you have any other encounter with an average Nigerian police man and you try to politely explain certain things to them in English, why is it that they often make statements like: "This one na grammar im dey speak", "Your grammar too much", "So you wan show me say you go school abi, you think say me I no go school too"? Why do we have police men in Nigeria with this type of mentality? Do we really deserve these type of police men in the first place? In advanced climes, a police man will politely ask you questions and expect you to explain yourself and would readily listen to you while you try to explain. They would not query you over the type of grammar you speak but would only be interested in knowing if you have committed a crime or not or to wholeheartedly carry out any investigation they need to carry out on you. In Nigeria, a police man would find fault with you just because he is looking for a way to extort money from you or to make you bribe him for an offense you committed instead of either applying his discretion and letting you go if he needs to, or bringing you to book according to the law.

I have often said that Nigeria can never succeed without a good police force. In fact no nation can develop without a good and dependable police force and who must be incorruptible and impartial at all times. Also, Nigeria can never develop with the present crop of police force where impunity, lawlessness, corruption and brutality reign supreme. What is the educational level of the lowest rank or the lowest Cadre of the Nigerian police? What type of training does the average Nigerian police man receive at the police training colleges? Who are those that actually train these officers and can we proudly say that the average Nigerian police man is adequately trained on weapon handling and on the proper ways to relate with the civilian populace with the necessary exhibition of civility and proper conduct? If our police men are properly trained and given the right orientation, why do we have so many cases of police brutality, accidental discharge and brazen extortion as well as flagrant breach of the law by the police that are supposed to be shinning examples to the people and are supposed to enforce the law? Is it not an unfortunate irony that the police that is supposed to enforce the law and protect the citizens are now the ones breaking the law and brutalizing the very people they are paid with tax payer's money to protect?

Let us examine another issue. If for example the lowest rank in the Nigerian police force is a university graduate and you meet him on the road while asking for your vehicle particulars or he stops you at the checkpoint, will such police man be offended by your polished English and tell you angrily that you are speaking grammar? If that police man carrying that gun at the checkpoint passed through the four walls of a university and after spending a minimum of four years in the university, he proceeded to do another one year national youth service, after which he joined the police, would he not be more refined and polite in treating people than someone who never went through all that education? Will he suddenly release his gun and shoot an innocent person dead at the checkpoint just like the youth corper lady that was shot dead in Abuja yesterday just because she didn't stop at the checkpoint? If she didn't stop at the checkpoint when you asked her to stop, does that warrant you killing her? If she didn't stop or if she committed any crime, is killing her a way to apprehend her for such crime?

So I really wonder the type of training our policemen receive at the training colleges because the rate of extra judicial killings, brutality and impunity in Nigeria is so glaring that every day we hear one story of brutality or the other. But the bitter truth is that Nigeria can never develop unless the entire police force in Nigeria is sacked and disbanded for a fresh set of police men and women who would be properly trained, groomed and given proper orientation on what policing is about and how to relate with the people. Do you think this is not possible? It is very possible to systematically sack the entire police force of a nation and gradually move the personnel into another institution or government agency and then while also gradually recruiting freshly trained and properly orientated men and women with integrity to man the police force. This may take several years to achieve and would also require massive capital investment but it is possible.

Only a Nigerian leader with vision for this country can do this and I'm afraid we may not be able to achieve this in our present generation except the government has the will to take this drastic action that will be a turning point in the history of Nigeria. When we talk about restructuring Nigeria, it cannot be done unless we have a strong and reliable police force. The government should stop the recruitment of people with school certificate into the Nigerian police force. This may sound funny and unachievable but it will go a long way to reform our police force for better crime detection and crime fighting. The minimum educational qualification the government should allow into the police force should be the Diploma or its equivalent or even a degree. Recruitment into the police should not be based on nepotism, tribalism or ethnic considerations. It should be based purely on merit. When a person is properly educated, enlightened and exposed, it is certain that his behavior, orientation and attitude will definitely change and this will affect people around him as well as affect his community.

Nigerians are good people and law abiding people. Yes we are suffering and smiling according to the legendary Fela and that is why there is so much brutality and impunity by our security agencies against the very people they are meant to protect, yet they feel they are doing us a favor by protecting us but this should not be so. This is simply because the mentality of many of the Nigerian police men is not properly channeled towards protecting the people as the primary reason why they are given that uniform. So they need to be reorientated on the core values of policing.

Another issue worthy of consideration is that every police station in Nigeria should be headed by a Divisional Police Officer (DPO) who must have a Masters degree. The police should not continue to rely on experience and other considerations alone in appointing police officers to manage police stations or divisions. While experience must count, the level of the officer's education should equally be very important. I have heard of a DPO who has personally come to the bus stop to arrest market women trying to make a living for themselves but as if that was not enough, one of the women told me the DPO even personally slapped her several times. Yes if they have breached the law, bring them to book but why assault them in the cause of doing your job? Nobody is supporting crime but even the police itself is not above the law while carrying out its duties and in fact the police should be the number one institution in Nigeria to obey the law and they are not above the law. What about the DPO in Agege, Lagos who personally shot and killed a protester some years ago in one of those extra judicial killings and brutality by the police?

But would a police officer who spent all those many years in the university before obtaining his degree or masters degree ever involve himself in such atrocity knowing fully well the implications of his actions? Will he not even be ashamed to speak pidgin English to you knowing fully well that it could be degrading for him considering his level of education and exposure? If he is properly educated and enlightened, will he get offended or jealous of you while at the checkpoint just because you spoke good English to him or because you drive a big car?

If a young man is well polished in his manners and well dressed with a fine car and speaks good English and also knows his rights as a citizen of Nigeria, does that mean SARS or the police should tag him a yahoo boy or a fraudster? Is that part of the orientation of the Nigerian police and is that their own way of detecting crime? In saner climes, the police could be monitoring and studying or putting a suspect in surveillance for several months or even years before eventually apprehending him if they are sure he has a case to answer but in Nigeria, by mere seeing a person the police will tell him he looks suspicious and that alone to them is enough to arrest him and illegally clamp him into detention. This is wrong and we must stop this type of barbarism and wickedness if Nigeria must move forward.

Pidgin English is a language of the streets and of the market. It is a debased form of the English language. It is not our official language so I see no reason why the average Nigerian police man you meet at the police station should stick to pidgin English and if you are not willing to speak that pidgin with them, they will tag you an "over sabi" person. The Nigerian police should stop embarrassing every person who speaks good English or every person who knows his or her rights as a citizen of Nigeria. The police must realize that it's primary duty is to protect lives and property and to maintain law and order. The Nigerian police must focus on this and refrain from behaviors that could bring its name into disrepute.