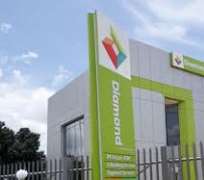 Diamond Bank Plc may have to shell out the princely sum of N2.6 billion if it loses the suit brought against it by a limited liability company, Gitto Costruzioni Generali Nigeria Limited. The company which specializes in construction is suing the bank for allegedly mismanaging its accounts domiciled in the bank.

The statement of claim filed by B. A. M Ajibade (SAN) averred that the deponent had sometime in 2004 opened a main account with Diamond Bank to execute construction projects. Moreover, in the course of the normal relationship between bank and customer it was able to secure overdrafts, loans and bank guarantees.

According to a copy of the statement of claim obtained by this newspaper, trouble began when the bank allegedly began to overcharge the company’s main account with sundry levies including Commission on Turnover (COT), lending fees, bank guarantee fees, transfer fees and interest on loans in a manner contrary to the written agreements the company had earlier signed with the bank.

The statement claimed further that an audit of the company’s accounts revealed that it had been overcharged to the tune of N1.5 billion by Diamond Bank. It further claimed that Diamond Bank voluntarily admitted to having charged excessively to the tune of about N246 million.

The company further claimed that the uncertainty surrounding its accounts with Diamond Bank and the bank’s withdrawal of funds from its accounts through illicit charges caused cash flow problems and delays for the company and contributed to the company’s inability to execute some major projects, including the Akwa Ibom Airport, in a timely and efficient manner.

The suit has been adjourned till 15th of October, 2018 for hearing.