Commission For Mass Literacy Inducted Into ‘foi Hall Of Shame’ 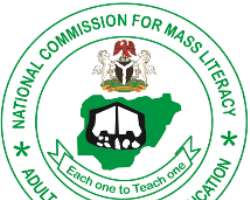 LAGOS, Monday, July 2, 2018: The National Commission for Mass Literacy, Adult and Non-Formal Education (NMEC) today joined dozens of other public institutions in the “Freedom of Information (FOI) Hall of Shame” as Media Rights Agenda (MRA) accused it of failing to comply with virtually all its duties and obligations under the FOI Act.

In a statement in Lagos announcing the induction of NMEC into the FOI Hall of Shame, MRA’s Programme Manager for Freedom of Information, Mr Ridwan Sulaimon, said the attitude of the Commission towards the FOI Act was illogical for an institution whose primary mandate is “the eradication of illiteracy for national development” and whose activities and spheres of operation cut across the entire social strata.

He said: “It should be obvious to the management of NMEC that the institution cannot hope to succeed in its task of combating the problems of illiteracy and ignorance within its client population if it does not support and implement a framework such as the FOI Act, which is designed to enhance the free flow of information and to make information freely available to citizens.”

NMEC is a statutory Federal Government parastatal charged with the ‘responsibility of making literate all those who for one reason or the other did not or cannot benefit from the formal school system. These include out-of-school youths, children in the street, women in purdah, victims of teenage motherhood (VVF), Nomadic illiterate people, Almajiris and other migrant fishing folks.’

Noting that since its establishment in 1990, NMEC has received funding from different sources including from the federation budget and local governments, Mr. Sulaimon contended that the institution has a burden of accountability which will be easily discharged if it implements its commitments under the FOI Act.

According to him, “Unfortunately, in the last seven years since the enactment of the FOI Act, NMEC has not submitted any annual implementation report to the Attorney General of the Federation, as it is required to do by Section 29 of the Act; and there is no indication whatsoever that the organisation has designated an officer to whom requests for information may be sent, as required by the FOI Act and the Implementation Guidelines for the Act issued by the Attorney-General.”

He noted that as a direct result of the institution’s failure to submit its annual implementation reports for the past seven years and to make such reports public in utter disregard for the Law, there is no information available anywhere about the institution’s handling of its obligations under the FOI Act, especially its level of responsiveness to requests for information from members of the public.”

Mr. Sulaimon said: “It is surprising that an agency like NMEC, which has been in existence for decades and whose impact cuts across all sectors, does not have a website of its own. Although web pages are dedicated to it on the website of the Federal Ministry of Education, which is its supervisory ministry, there is no information at all about the organisation or its activities. NMEC has, therefore, not proactively published the 16 categories of information it is required to publish in accordance with Section 2(3) and (4) of the FOI Act.”

The FOI Hall of Shame is an initiative of Media Rights Agenda launched in July 2017 to shine the spotlight on public officials and institutions that are undermining the effectiveness of the FOI Act through their actions, inactions, utterances and decisions.