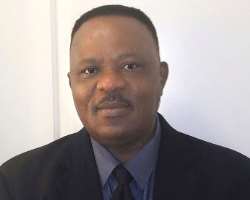 The title of this statement is definitely strident. But the angst must not be misconstrued as a view that President Muhammadu Buhari is worse than the cabal that annulled June 12 or Mr. Sani Abacha that attempted to legitimize the national curse. None of that! In fact, I have remained overjoyed that God used All Progressive Congress (APC) and Buhari to rescue Nigeria from the ruins under the Peoples Democratic Party (PDP). The seemingly venom has to do with the fact that, instead of emulating Nelson Mandela to quit the stage when the ovation still echoes, President Buhari appears to be imitating the likes of Robert Mugabe to cling on to power by hook or crook. In a nutshell, Buhari’s bid for a second term in office at this stage of national development portends long-term consequences worse than the annulment of June 12 election of 1993 won by MKO Abiola, an injustice the state under Buhari is trying so hard to atone.

Here are why:
My practical observations at the just concluded APC national Convention are troubling. The most alarming is an emerging consensus from the event of a thickening plot to circumvent internal party democracy and anoint President Muhammadu Buhari as the party's candidate for the 2019 presidential election. But such attempt will bring PDP back to power, which is a recipe for national doom.

President Buhari and his handlers must understand that, by commission or omission, the ruling party effortlessly allowed the opposition to rupture the balloon of public trust initially inflated by a cocktail of change mantra and the myth of Buhari’s legendary pedigree. The president might have restored some measure of his political capital with improving economy and recovering health, quite alright, but the damage is already done. In short, former President Jonathan was more popular at this stage of his presidency and still lost. Moreover, polls after polls have shown a whistling tide against recycled politicians. Needless to mention that the international community is craving for a modern leader for Africa’s most populous nation.

The objective fact, if it is not already manifest, is that Nigerians are in dire need for a new generation of leaders, including the youth, who have the zeal and the competencies to cope with the demands of the 21st century. The good news, however, is that Nigeria currently has a crop of new generation of presidential hopefuls, whose democratic credentials, track record, and visions even trump those of man of hope, MKO Abiola, widely seen as a messiah never allowed to rule.

I am the paragon of such new-breed leaders and luckily vying under the platform of APC. I have the unique will and capacity to make Nigeria an envy of the world. Put it this way: I have the bullet-proof solutions to Nigeria’s myriad of problems. Even President Buhari cannot hold the Holy Qur’an and declare that he is a better candidate than SKC Ogbonnia. Unfortunately, indeed, similar to June 12, a cabal sympathetic to the same Buhari is attempting to pervert justice by using underhand tactics to stay the man in power. If there exists any doubt about my superior vision and ability over Buhari, he might as well do the needful and accept my standing invitation for a 2-hour debate on our visions for Nigeria.

Of course, my qualifications, ability, and visions have never been in doubt. Instead, the only question mark to my candidacy has been the fact that I happen to be an Igbo from the South-East Nigeria. To this bourgeois school of thought, power must remain in the North past 2019 whether the Northern candidate has the capacity to lead the country or not. They would also add that 2023 is the Igbo turn.

But those who hold that view are not only grossly naïve and self-serving, they are also unruly unpatriotic. First of all, I am not an Igbo candidate. I am simply a unique candidate—detribalized and best suited to unleash the abundant potential of the country to greatness. And the time is now. Therefore, any attempt by a cabal to deny me through undemocratic means is definitely worse than the annulment of June 12. The cabal must recognize that suffering Nigerian masses do not talk about region or religion when they think of three square meals, when they are confronted with poor amenities or when our youths are faced with massive unemployment.

Besides, how can zoning suddenly become a criterion for power equation within APC?

The answer is simple. Muhammadu Buhari does not believe in zoning, to begin with. Lest we forget, he ran for president in 2003, 2007, 2011 before winning it all in 2015. More currently, the APC Constitution profoundly promotes zoning and federal character. Yet, Mr. Buhari is presiding over a government that neither features Igbo, a major Nigerian tribe, in the upper echelon of his government nor in the national security apparatus of the country.

So, if President Buhari does not respect the APC Constitution in his first term in office, what are the chances that he will honour mere unwritten zoning convention that assumes that the presidency would be zoned to the South East in 2023 when he (Buhari) is a lame duck and does not have to pander for votes? Your answer is as good as mine.

Therefore, instead of amplifying the echoes of a lifelong pattern of regional rivalries and poor leadership, the posterity beckons Buhari and APC to capitalize on our rich diversity and find common grounds where ideas could converge for practical solutions. It calls for our great party and Buhari to, at base, create a lasting legacy by truly adhering to the tenets of internal party democracy so that the long-awaited Nigerian president of our dream can finally emerge.