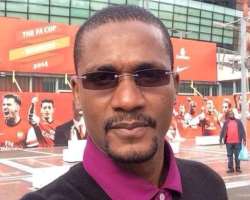 The crisis that occurred in Jos, Plateau State have seen to the death of one of Nigerian Communications Commission’s staff, Zayyanu Shallah, a Manager in the Department Of Universal Service and Provision Fund.

According to NCC, Shallah met his death when he and one of his friends Zayyanu AA Gwandu ran into a mob of angry killers suspected to be Birom youths on a reprisal attack against the Fulanis.

The two friends were said to be travelling from Bauchi state and, unexpectedly drove into a carnage of murderers in Jos enroute to Abuja.

Their remains have since been buried in Jos according to Islamic injunctions.

May Allah give their families and loved ones the fortitude to bear the loss and, may their souls rest in peace, Ameen