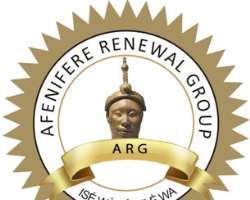 The pan-Yoruba socio-cultural organisation, Afenifere, has rejected Federal Government’s proposed cattle ranches in the six states of the Southwest and other Yoruba-speaking states.

It described the plan as an imperialist agenda to create Federal cattle territories across Nigeria.

At its monthly meeting yesterday at the home of its leader, Chief Reuben 5, in Akure, the Ondo State capital, Afenifere cautioned the Federal Government against imposing any harsh policy on the nation.

In a communique issued at the end of the meeting and read by its National Publicity Secretary, Yinka Odumakin, the organisation said cattle-rearing is a private business.

It insisted that the government had no business getting involved, if there was no sinister.

The group insisted that “no plot of land in Yoruba land will be available for such cattle ranch and no governor should cede any land for such”.

Afenifere said: “We are devastated by the genocide that took place in Plateau State on Sunday in which over 200 deaths occurred, by eyewitnesses accounts, but the police admitted 100.

“These wanton killings and official irresponsibility portrays Nigeria as a barbaric entity. We, the Yoruba, are pained living in the same space with the bestial elements who kill innocent people in cruel manner.

“The images of children killed mercilessly with open skulls make anyone with human blood flowing in his or her veins to shrink. We are further distressed that the response of President Muhammadu Buhari to the murder of hundreds of our citizens did not attract a word of sympathy or regret.

“It is very infuriating that the President’s response and that of Miyetti Allah appeared to have been authored from the same laptop. The Chairman of the North Central zone of Miyetti Allah, Danladi Ciroma, said the attacks were a retaliation for the loss of 300 cows…”