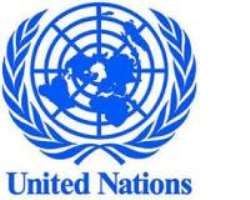 She made the call at a workshop in Abuja “Strengthening Women’s Political Participation: A Dialogue between Young Women and Women Politicians” .

The workshop was organised by Nigerian Women Trust Fund (NWTF), a non-partisan and Non-Governmental Organisation (NGO).

Lamptey said that UN Women recognised that investing in young women for political leadership was the right thing to do.

She added, that by 2035, young people of working age in Africa would exceed that of the rest of the world.

According to her, that trend will continue till the end of the century and when you talk about young people in Africa, Nigeria is central.

“If we have a world where young people in Africa are going to be dominant, we cannot be waiting for young people to take over leadership, they have to lead from now.

“It is not an option for us anymore,” she said.

Lamptey said that just like supporting women established in politics was important to UN Women, engaging young women politicians was equally a priority of the organisation.

She said that with the Not-Too-Young-To-Run Act, the environment was improving, adding that it was now left for political parties and the youths to take the process forward.

She said that the reason for investing in the mentorship programme was to support young women to learn from the mistakes of older female politicians.

The UN official said that the programme would also enable young female politicians to build on the successes of the older generation.

According to her, the programme will build an army of Nigerian women to take over the responsibility of leadership of the country, going forward.

“You have everything that it takes; you have the drive and the ambition and intelligence, so use this platform to move forward.

“It is important to bear in mind that you are not going to be leaders just to replicate the status quo, but to make a difference to make the system and the country a better place.

Earlier in her remarks, the Chief Executive Officer (CEO) of NWTF, Ms Mufuliat Fijabi, had said that increased interaction between young and older women in politics would contribute expanding the pool of women politicians.

Fijabi said that the interaction would further close the gender gaps at all levels of governance in the country.

She said that the dialogue would help to identify obstacles to young women’s active and constructive involvement in the electoral process.

Fijabi said that women were key potential agents of growth, development and democratization in Nigeria.

She added that there was need to delineate on strategies to help women to overcome all challenges for a more meaningful result in the 2019 general elections.

Fijabi said that with the Not-Too-Young-To-Run Act, there was need to continuously engage young women to ensure they do not remain behind.

According to her, the place of youth engagement in democratic process remains a prime for national growth, particularly in Nigeria where the youths provides higher percentage of human capital.

She urged the participants to take advantage of the opportunity and gain knowledge and build networks for continued collaboration beyond the workshop.

In her contribution, the Chairman, Women in Politics Forum, Ms Ebere Ifendu, said that the body had mentored no fewer than 700 young women across the six geo-political zones of the country.

Ifendu said that the forum would continue to build the capacity of women in politics and encourage young women to join a political party.

She said that women should identify with their ward leaders, participate in campaign and other party activities.

Ifendu advised young women to pay attention to political information, build networks through the party ranks and not to despise little beginnings.

Also, the Head of Cooperation, Canadian High Commission in Nigeria, Mr Daniel Arsenault, said that elective institutions were more effective when women were inclusive and their voices heard.

He said that the programme was aimed at bridging the gender gap in governance in Nigeria, which was currently put at seven per cent.

Arsenault explained that Canada had a feminist policy which meant that everything in the world that related to developing sisters had the commitment of the Canadian government.

He added, that the right of women and girls in the world was central and important to the Canadian government.

He said that the commission supported women and girls, youth and women entrepreneurship and sexual health, among others.