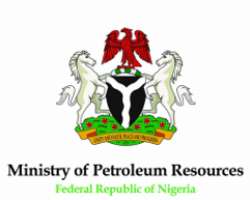 Lagos, Monday, June 25, 2018: Media Rights Agenda (MRA) today announced the induction of the Federal Ministry of Petroleum Resources into its Freedom of Information (FOI) Hall of Shame, saying the institution has consistently failed to comply with its duties and obligations under the FOI Act, 2011.

In a statement in Lagos, MRA’s Legal Officer, Ms Chioma Nwaodike, said: “The Federal Ministry of Petroleum Resources has violated virtually all its obligations under the FOI Act since the Law was enacted seven years ago. We are at a loss as to how the Ministry hopes to perform its function of ensuring “compliance with all applicable laws and regulations in the Oil and Gas sector” when it is itself not complying with a major law of the land. It cannot possibly have the moral authority to insist on compliance by other entities with laws when it is not complying with other laws that apply to it.”

According to her, the Ministry clearly recognizes that its principal mandate is “to transform the oil and gas industry for the increased benefit of Nigeria and its people through effective implementation of policies on hydrocarbon exploration, exploitation, production, distribution and utilization in accordance with international standards.”

She said: “It is ironic that although the Ministry appreciates that its main function is to ensure that Nigeria’s major revenue earner is managed for the benefit of the country and its people, it does not appear to recognize the need for it to be transparent and accountable to the people of Nigeria and is clearly unwilling to make the effort. How it hopes to fulfill its mandate without being transparent or accountable to the citizens of Nigeria whose interests it is established to protect remains a mystery to us.”

Justifying the induction of the Ministry into the FOI Hall of Shame, Ms Nwaodike noted that it has failed to comply with section 2 of the FOI Act, which requires it to proactively publish certain types of information even without anyone making any request for such information and to update such information regularly.

She stressed that the Ministry has been bedeviled by secrecy, which has left the country and its people in the dark about the activities of the Ministry, adding: “This cult-like secrecy has prevented the Ministry from proactively disclosing information that can contribute to informed public debates about the management of the country’s natural resources and better policies on the issue which will in turn promote good governance.”

Ms Nwaodike accused the Ministry of non-compliance with Section 29 of the Act, which makes it mandatory for the Ministry, like all other public institutions, to submit annual reports to the Attorney-General of the Federation on its implementation of the Act and make such reports publicly available.

She described such “serial disobedience of a valid Law” unacceptable and an egregious act of impunity, which should disentitle any public officer heading such a public institution in Nigeria from continuing to hold public office.

Ms Nwaodike said the Ministry has also not designated an appropriate officer to whom requests for information from members of the public should be sent nor has it proactively published the title and address of such an officer either on its website or anywhere else, as required by Section 2(3)(f) of the Act and the FOI Implementation Guidelines issued by the Attorney-General of the Federation.

She noted that in addition to the failure of the Ministry to designate an FOI Desk Officer to receive and process requests for information as provided under Section 2(3) (f) of the Act, the Ministry has also failed to provide the required training for its officials on the public’s right of access to information which will enable relevant officials to effectively implement the law at any time as provided by Section 13 of the FOI Act.

Ms Nwaodike contended that an administration, such as that of President Muhammadu Buhari, which has as one of its cardinal programmes the fight against corruption, ought not to stand by and allow the level of impunity in institutions such as the Ministry of Petroleum Resources to go unchallenged or unsanctioned.

She called on President Buhari, who is also incidentally the Minister of Petroleum Resources, to take urgent measures to address the rot in the oil and gas sector and to return the nation to the path of probity, integrity and good governance by tackling the persistent corruption, crude oil theft and shady deals within the sector as well as the lack of transparency and accountability which has enabled these vices to persist and flourish.

Ms Nwaodike stressed that the effective enforcement of the FOI Act in the public institutions which oversee or interface with the oil and gas industry would be a good starting point in instituting a culture of openness in the sector.

Launched in July 2017, the “FOI Hall of Shame” highlights public officials and institutions that are undermining the effectiveness of the FOI Act through their actions, inactions, utterances, and decisions.