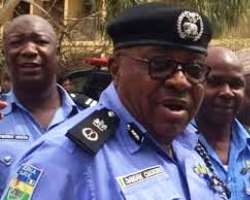 The command assured the public: "The Borno State Police Command has deployed more personnel to strengthen security within the area".