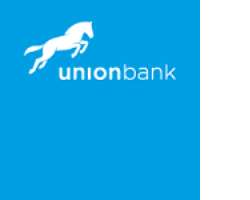 Sometime ago, when the Central Bank of Nigeria released a list of very healthy eight banks designated as “too big to fail” leaving out Union Bank of Nigeria Plc, not a few people raised an eyebrow believing that the bank should be one of the top three in Nigeria on the strength of its eventful antecedents. Though Union Bank was truly big; but so also has been its debt burden for some time.

While Union Bank has never been known to be distressed at any given time, its books in recent years have left much to desire. This is because the bank has been groaning under heavy burden of bad debts that would have it under if not for forceful intervention of Asset Management Company of Nigeria (AMCON). The bank has been going one court to the other to retrieve some of the bad loans.

The bank is presently in court battling hard to retrieve a whooping sum of N5.4 billion debt owed it by Osigwe Foods and Agro Industrial Limited, which has prominent pillars of high society like Prince Tony Momoh, Vice Admiral Akin Aduwo, Chief Felix Dokpesi and others, on its board. Union Bank had granted the loans, totaling N4.9 billion as far back as 2007, which now stood at N5.4 billion as at February this year. Osigwe Foods only admitted indebtedness of ₦1.6 billion.

Union Bank is also on the trail of the once rumbustious Stella Oduah, former Aviation Minister, as she has been at the receiving end of a litigation that might strip her of valuable properties if the court adjudicates against her. The mortgage lending arm of Union Bank Plc, Union Savings and Loans, filed an application praying the federal high court to join it in the ongoing suit between AMCON and Oduah’s company. Several properties belonging to one of her companies Sea Petroleum Oil and Gas Group Limited has been seized by AMCON through a court order and placed under receivership.

The mortgage lender through its lawyer Barrister Ken Ahia claimed that some of the properties seized by AMCON were used as by Stella, Star Properties and five of its directors to secure various mortgage loans between December 2009 and November 2010 amounting to ₦385,750,000. Only time will tell how successful the first generation bank will be in its new drive to recover some of these loans which allegedly should not have been granted in the first place if the rules for granting such loans were followed to the letter.