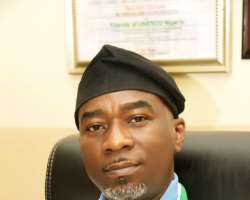 One of the former gubernatorial aspirants on the platform of All Progressive Congress, (APC) in the forthcoming Ekiti elections, Aare Muyiwa Olumilua has declared his unflinching support for the standard bearer of the party in the election, the former Minister of Solid Mineral, Mines and Steel, Dr. Kayode Fayemi, saying at this crucial stage in Ekiti polity, the state needs a leadership that can guarantee restoration of its values and virtues dear to the people of the state.

“We must look back and appraise where we are coming from and how we got to this present stage. We have never had it so unpleasant, as a people. That is why we all came on board to show our interests in running for the number one seat in the state. It is our aim to rescue the state from imminent collapse. And thank God, our party has chosen a very revered leader who we believe is up to the task, as well as having an unprecedented record of good service and great determination to navigate the destiny of the state and its people to the Promised Land. It is on this note that myself and my teeming supporters are throwing our weight behind his candidature, and we believe come July 14th, it is going to be a new dawn in Ekiti", he declared.

Olumilua, while speaking further to a cross section of journalists stated that; “the party candidate in the person of Dr. Fayemi is a formidable individual who has every quality to move the state forward. This is what he had done in his first four years, and he is coming back to continue where he stopped. It is a fact that the outgoing government in the state has tried the best it can, but we need a new lease of life. What we need in Ekiti at this present time is a government that will further develop the state, and restore its core values".

Aare Muyiwa Olumilua, an entrepreneur, technocrat and grassroots politician, was one of the aspirants that vied for the state governorship ticket under the platform of APC in the party primaries.