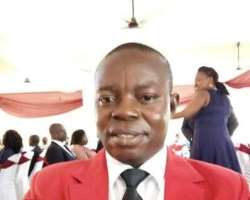 His father, Late Pa Joseph Omafuaire Ikpemeku married Mrs. Etawarien Omafuaire from the Ogbon Royal family of Ogoni to give birth to him.

Young Omafuaire attended Odje Primary School Akperhe-Olomu from 1980-1984 and Azagba Primary School Otor-Owhe from 1984-1986 and bagged his First School leaving certificate. He started his Secondary education at Olomu Secondary School Otorere-Olomu from 1987-1989. His quest and love for science made him to switch to Okpare Grammar School between 1989-1993 where he got his SSCE WAEC with two distinction and five credits.

Omafuaire, was posted to Government Secondary School Agila in Ado Local Government Area of Benue State for his one year mandatory National Youth Service Corp and served meritoriously where he made friends with the great Prof. Moses Ochonu, formerly of University of Michigan.

His profile made available to reporters by his Media Officer, Rufus Ibebe Akpobome, on behalf of Omafuaire Campaign Organization, hinted that Omafuaire, as a graduate of Business Administration went into private business practice for some time but his quest for the emancipation of the underprivileged saw him venturing into Journalism and he went on to become professionalized when he bagged a merit Post Graduate Diploma Certificate from the International Institute of Journalism Abuja.

A determined Omafuaire became one of the first young Urhobo journalists to get employment in a national newspaper outfit in Delta State, an area hitherto a preserve of non-indigenes, The Vanguard Newspaper as a Senior Photojournalist.

His dexterity saw him becoming, the first to combine news reporting with photo news earning him the position of South-South Photo Editor.

Omafuaire, a disciplined and irrepressible vocal journalist has covered the Niger Delta and Eastern region in key and delicate moment when the best hands are needed.

He covered the militancy crisis risking his life as he was shot by militants and military in several instances in the Southern Ijaw Council Area of Bayelsa and Warri South West Area of Delta State.

As a strong voice, Omafuaire became the Financial Secretary of the Nigerian Union of Journalists, Warri Correspondents’ Chapel. His strong disciplined and principled nature earned him the name "IYETE" the revered title of the Okumagba of Okere Warri Kingdom.

Omafuaire rose to become Secretary of the Union for six years before emerging the Chairman in February 2017.

Omafuaire, a voracious reader further in his quest to emancipate the downtrodden in 2014 started a career in law when he got admitted to the Delta State University Abraka, Oleh Campus and graduated in May 2018 with Second Class Upper Honsours.

As a self-made man, Omafuaire has fought the course of his people, which endeared him to Kings, great Politicians and captains of industries amongst others.

He joined the race to emancipate the underrepresented people of Ughelli and Udu federal constituency seeing the maximum capacity of the occupier of the seat as not good enough, as the people need a vibrant, dogged and sagacious young intellectual to bring the pains of the people to the national front burner.

Omafuaire, having attained popularity with uncountable media reports read and shared worldwide seeks no further recognition with just contesting election, but driven by passion and pains of poor representation amidst great suffering of his people.

As a tough voice and dogged advocate of good governance, Omafuaire is the round peg for the round hole. Support Omafuaire, the real deal.