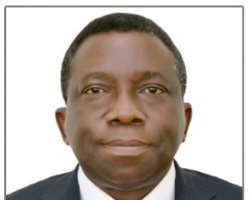 The Governing Council of the National Health Insurance Scheme (NHIS) is at the moment locked in a battle with the Agency's Executive Secretary, Prof. Usman Yusuf, over a N30 billion residual fund and another N17 million allegedly blown on an unapproved foreign trip by the latter.

As a result, the Council has issued the NHIS boss a query dated May 25, 2018 demanding explanations on the N30 billion and another dated June 4, 2018 asking Prof. Usman to explain why he blew N17 million on a trip to Geneva, Switzerland, without approval. The latest controversy is coming barely five months after the NHIS boss was recalled by the presidency from an indefinite suspension slammed on him by his supervising ministry.

According to the first query signed by the Chairman of Council, Dr Enyantu Ifenne and seen by Saturday Sun, the NHIS boss was accused of procedural gaps, deceit and violation of Federal Government's Treasury Single Account (TSA) policy in engaging Cowry Asset Management Ltd as asset manager/financial adviser to invest the controversial N30billion. This is in addition to approving the payment of N2.4million engagement fee and N500,000 quarterly retainership fee for Cowry Asset Management Ltd on May 8. The Council argued that this was in clear violation of a specific directive from the Minister of Finance, Mrs Kemi Adeosun and the Health Minister, Prof. Isaac Adewole stopping NHIS from tampering with the N30billion residual fund.

The TSA policy requires all federal ministries, departments and agencies to domicile their funds in the TSA with the Central Bank of Nigeria (CBN), except where the agency is granted exemption by the Federal Government. But Yusuf, who was suspended by Adewole last year over corruption allegations and nepotism, has defended himself saying the Health Minister gave his approval for the investment of the N30billion.

Part of the Council's query dated May 25 to the NHIS boss reads, “You may recall that based on the detailed situation and financial analysis, council approved the investment of N30, 000,000,000.00 (Thirty Billion Naira) in federal securities on the condition that no commission should be paid to third parties. The provisional approval, so granted, directed management to initiate due process and submit a proposal to enable Council seek authorization by the Honourable Minister of Health.

“As it stands, Council's attention has been drawn to new information which you failed to disclose in your earlier presentation. This includes:

That while the ministerial approval dated 18th August 2017, was referenced in the two memos presented, you failed to disclose that ministerial memo dated 29th August, 2018 withdrew same approval.

That you failed to disclose to the Council that the withdrawal letter explicitly stated the Honourable Minister of Finance's advice against the investment of residual funds in securities because “such investment will be an indirect violation of the Federal Government's treasury single account (TSA) policy”. Significantly, this advice was not disclosed to Council on either occasion.

“That on 28th February, 2018, you formally engaged Cowry Asset Limited as NHIS asset manager/financial Adviser without stating the terms and conditions of engagement. Again, this material fact, was not disclosed to Council.

That on 5th March 2018, on the eve of the Council's inauguration, you approved, wholesale, a proposal titled “Indicative Offer To Sell Fgn Bonds” and directed General Manager Contribution Management to expedite disbursement of N25,000,000,000.00 (Twenty Five Billion Naira) for long term investment in FGN BONDS without obtaining prior approval of the Honourable Minister of Health as required under the Act.

“That on 3rd May 2018, while referencing Council approval of 24th April 2018, you again, formally engaged Cowry Asset Management Ltd, without an INDICATIVE investment proposal, as Financial Adviser/Portfolio Manager. Indeed, the vague and elastic terms of engagement states, “as in a similar way it did its Forensic Auditors and retained Lawyer——“. Presumably the INDICATIVE OFFER TO SELL FGN BONDS of March 5th 2018 subsists in the new engagement OFFER. That in furtherance of the above, you instructed General Manager, Procurement to process Cowry's engagement on 8th May, 2018, without further reference to Council for approval.

“In summary, it is evident that there are procedural gaps. Also, Council was not presented with all available information to enable informed decision making on the matter. Indeed we believe that non-disclosure of significant information misled Council into error in decision, which may compromise her standing. Furthermore, we note, in particular, that the non-disclosure of the advice and directive of Honourable Minister of Health, may have led Council to provisionally approve the investment of funds, which if implemented, would contravene TSA policy.

“Therefore, you are required to explain, in writing the observed procedural lapses and failure to disclose critical information to Council on the matter. It will be appreciated if such explanation is presented to Council at its meeting scheduled for 12th June, 2018.” It is however not certain if Prof Yusuf has defended himself against these allegations raised by the Governing Council. On the heels of this is another allegation that Prof Yusuf blew N17million on a single foreign trip, for which he did not get the required approval.

“Please recall your request for permission to attend the 71st World Health Assembly in Geneva, Switzerland vide NHIS/ES/064/XIV/134 of May 16, 2018.

“In the letter, you claimed that you were nominated to the Nigerian delegation by the Honourable Minister of Health. To facilitate approval, I requested that you attach the nomination letter to the application. The letter was not presented. Instead, you postulated that the request for note verbal signed by Permanent Secretary, Ministry of Health, is equivalent to ministerial approval.

“Notwithstanding the absence of supporting evidence of nomination and due to intervention by some Council members, approval was granted on condition that the 4 other names on the note verbal were not approved to travel. Approval for the listed staff was denied for three reasons. First, we observed that heads of the key program departments, formal and non-formal, which drive NHIS thrust towards universal coverage were not included. Secondly, the inclusion of Mr. Mu'azu Aliyu, a lawyer and your personal assistant, cannot be justified. Thirdly, Council expects NHIS to derive maximum value (from) an activity that costs a whooping seventeen million (17m)naira. However, in clear defiance of directive, you travelled with the four officers. It has been reliably confirmed that; Honourable Minister did not nominate you to attend the conference and 4 officers who travelled in defiance arrived one day before conference closed.

“Please clarify the motive for, misrepresenting the Minister in your request and misleading Council to grant approval, enabling staff to travel in defiance of Council directive. We request that you respond, in writing within 48hours. Furthermore, please copy all council members accordingly.”

All attempts to speak with both the Chairman of Council, Dr. Enyantu Ifenne and the NHIS boss, Prof. Yusuf failed as they neither picked several calls to their phone numbers nor replied text messages sent to them seeking their reactions.

However, an emailed reply to the Council on May 19, 2018, on why he traveled to Geneva without the required approval, Prof Yusuf said he got his approval to travel via a letter signed by “the Permanent Secretary FMoH on the authority of the Honourable Minister.”

According to him “The World Health Assembly is an annual event attended by Ministers of Health from over 94 member nations. Nigeria's delegations include the Hon. Minister of Health as the leader of the delegation and the Heads of Agencies under the Ministry. “As a signatory to the Commitment to Universal Healthcare Coverage, (UHC), Nigeria's delegation will be ably represented by the NHIS which is the lead Agency in that quest. With the commitment of President Muhammadu Buhari's government to fund the Basic Health Care Provision Fund (BHCPF) for the first time since the passing of the National Health Act in 2014, the NHIS is expected to receive N28.5b to cover vulnerable Nigerians across all six geopolitical zones. All our development partners and donor Agencies are very encouraged by this development, which will be a dawn of new beginning in Healthcare in Nigeria. There will be several fora where this will be discussed and NHIS Nigeria needs to be on the table.”

Responding to a similar allegation recently, Prof Yusuf had said that his mandate in the NHIS remains to sanitise the system and grow the scheme, while accusing those reporting him to the media as corrupt Nigerians who wanted the status quo to remain. “They won't have the time to do all the nonsense they did in the past. Every penny will be taken back into the scheme. I am in NHIS to do the right thing. And I will do it transparently. I will follow what the NHIS Act says. Corruption will no longer be condoned in this scheme,” he said.

On concerns that the yield on the investment was meant to stockpile funds for Buhari's re-election bid, as speculated, the NHIS boss said: “This is not the Jonathan era. They think Buhari will do that nonsense? Where we come from, we are brought up well. NHIS money is blood money, and it is meant to serve our people. Billions have been stolen. Now I am here as the chief executive officer, I will grow the scheme for our people. Every penny that comes in as an investment will be shown to the world, not all the nonsense they did in the past.” (Saturday Sun)