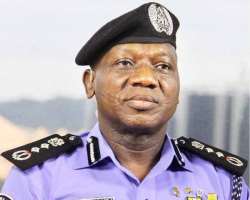 The Inspector General of Police,IGP Ibrahim K. Idris NPM mni, on behalf of Officers and men of the Nigeria Police Force heartily felicitates and rejoice with Muslim faithful throughout the country on the occasion of the 2018 Eid-el- Fitri celebration.

To this end, the Inspector General of Police has directed Zonal Assistant Inspectors General of Police and Commissioners of Police in charge Zones and State Commands nationwide to beef up security and ensure massive deployment of Police personnel to all Eid praying grounds and other venues of celebration throughout the Country, to prevent crime and ensure hitch free celebration. This operation will cover recreation centres, public places and critical infrastructure and public utilities.

Federal Highway patrol Teams and Anti-Crime patrols have been deployed along major roads and Highways throughout the country for the protection of public highways and major roads to ensure safety of travellers, commuters and other road users. They are under strict instruction to be civil, polite and firm in carrying out their duties.

Police visibility patrols and surveillance will be maintained, raiding of criminal hideouts, black spots currently ongoing throughout the country aimed at removing criminal elements from the society will be sustained all through the period of the Eld-el-Fitri celebration and beyond. Special Police deployments will be made to flash/vulnerable points.

The Nigeria Police Force is hereby imploring members of the public to cooperate with Police personnel deployed in their localities.

The Inspector General of Police once again wishes the Muslim faithful and all Nigerians happy Eid-el-Fitri celebration. He enjoins them to be security conscious, vigilant and report any untoward incident or happening observed in their locality to the nearest Police station.