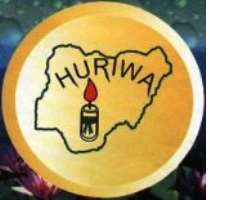 Worried by the deteriorating global image of the Economic and Financial Crimes Commission (EFCC) as an attack dog of the ruling All Progressives Congress, a call from HUMAN RIGHTS WRITERS ASSOCIATION OF NIGERIA (HURIWA) has gone to leaders of the All Progressive Congress (APC) to desist from harassing political opponents by threatening to unleash the anti-graft agency on them or risk civil disobedience actions targeting the Federal Government.

Besides, the Rights group expressed disappointment that the presidency had insisted on sticking to her gun by not appointing a fresh substantive chairman of the anti-graft panel to replace Deputy Commissioner Ibraham Magu who had failed several confirmation hearings of the senate based on a damaging indictment from the Department of State Security (DSS) just as the Rights group accused President Muhammadu Buhari of rubbishing the constitutional essence of the legislative Arm of Nigerian government as enshrined in section 4. and power to censure government institutions and officials as enshrined in section 80.

HURIWA said the partisan coloration of the operational agenda of Economic and Financial Crimes Commission under the acting chairman Ibraham Magu had become very disturbing and that the agency had suffered irreparable credibility damage when Mr. Magu was seen on local and international television adorning the All Progressives Congress campaign lapel pin of the incumbent president for the 2019 election. "This constitutional anathema has not yet been addressed and the Acting Chairman of EFCC has actively become a tool in the hands of the Presidency and friends of the Presidency to attack political opponents who may pose significant threats to the re-election of the incumbent President Muhammadu Buhari in the year 2019 election which is looking increasingly likely to be manipulated by an equally partisan hierarchy of Independent National Electoral Commission.

The Rights group asserted that the global credibility image of EFCC had indeed been dragged to the mud further by the consistent media campaigns by close affiliates of President Muhammadu Buhari mounting pressure on the Economic and Financial Crimes Commission to continue the politically motivated witch-hunt against top political opponents to the re-election bid of President Muhammadu Buhari.

HURIWA lamented that even the state Department of the United States' government in the latest global rights report had indicted the EFCC and ICPC as political attack dogs of the ruling party at the center just as the Rights group wondered why the hierarchy of EFCC and top members of the ruling party are bent on destroying the independent institutions of anti-graft fight.

HURIWA recalled that the United States of America in its annual human rights report had stated thus: "EFCC arrests and indictments of politicians continued throughout the year, implicating a significant number of opposition political figures and leading to allegations of partisan motivations on the part of the EFCC. In a case brought by the EFCC, in November a federal court convicted four firms allegedly used by a former aide of former president Goodluck Jonathan of laundering 1.67 billion naira ($5.3 million) in stolen funds. In its pursuit of corruption, the EFCC often did not observe all pertinent due process safeguards. In November the Economic and Community of West African States Court of Justice declared unlawful the arrest and detention in 2015 of former national security advisor Sambo Dasuki. A court ordered him released on bail in a case brought by the EFCC for the alleged diversion of 13.6 billion naira ($43.2 million) intended to purchase military material during the Jonathan administration. Despite the court order, he remained in detention".

The Rights group carpeted APC chieftains such as the immediate past governor of Edo state Mr. Adams Oshiomhole already endorsed for the National Chairmanship position of APC by President Muhammadu Buhari and the former Abia State governor Mr. Orji Kalu for abusing their privileged political positions as top ranking members of the ruling party to continue to harass political opponents with subtle threats to unleash the EFCC and ICPC on them even when one of the two is facing prosecution over fraud whilst the immediate past Edo state governor is accused of widespread corruption and self enrichment during his eight years stint in office.

The Rights group in the statement by the National Coordinator Comrade Emmanuel Onwubiko and the National Media Affairs Director Miss Zainab Yusuf stated that the abuse of power by those currently welding political power at the center to deploy the instrumentality of media trial by EFCC and ICPC against political opponents are antithetical to constitutionalism and will in the long run destroy the foundations of the anti-graft crusade.

HURIWA has therefore warned politicians who think that because they are controlling federal might that they can throw their weight around to be careful and note that Nigerians are not conquered people or slaves but majority of Nigerians who understand the purity of the constitution may be compelled to adopt civil right actions to confront these emerging fascism and dictatorship. "We may stage nationwide demonstrations to protest the political manipulation and hijack of EFCC by APC campaign warlords for the 2019 polls".

“The Ruling party members must not operate like gangsters who have the ears of the powers that be to use armed security forces to intimidate, harass, and persecute their perceived political opponents as a crude tactic to win the coming elections by hook or crook. The constitution is clear on why all Nigerians must be granted fair hearing when it stated in section 36 (1) that: “In the determination of his civil rights and obligations, including any question or determination by or against any government or authority, a person shall be entitled to a fair hearing within a reasonable time by a court or other tribunal established by law and constituted in such manner as to secure its independence and impartiality.”

HURIWA recalled that former Edo state governor, Adams Oshiomhole, has said he would have arrested and prosecuted former President Olusegun Obasanjo if he were President Muhammadu Buhari.

HURIWA recalled that the immediate past Edo state governor, who took side with his political master in the faceoff between President Buhari and Obasanjo, urged Buhari to investigate and jail the former president, should he be found to have dipped his hands in public treasury.