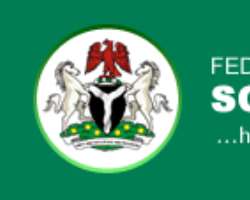 Lagos, June 11, 2018:Citing several instances of non-compliance with the provisions of the Freedom of Information (FOI) Act, 2011 over the last seven years, Media Rights Agenda (MRA) today inducted the Federal Ministry of Science and Technology into its “FOI Hall of Shame” for the ministry’s blatant disregard of the Act.

MRA’s Legal Officer, Ms Morisola Alaba, announced the induction in a statement in Lagos, saying “In the last seven years since the enactment of the FOI Act, the ministry has not submitted a single annual report on its implementation of the Law, thus violating section 29 of the Act and the Guidelines for the Implementation of the FOI Act, issued by the Attorney-General of the Federation pursuant to his powers under the Act.”

She noted that the ministry whose vision is to make Nigeria one of the acknowledged leaders of the scientifically and technologically developed nations of the world deliberately disregards the FOI Act which is aimed at enabling citizens to be aware of the operations, businesses and activities of Government, including all public institutions, in order to make informed decisions in all aspects of their lives.

Althoughthe ministry has published on its website a description of the organisationand its responsibilities, including details of the programmes and functions of each of its departments, it nonetheless failed to publish a list of description of documents containing final opinion including concurring and dissenting opinions.

Ms Alaba added that “there is also no indication whatsoever that the ministry has provided the appropriate training for its officials on the public’s right of access to information or records held by the ministry or trained them to effectively implement the Act, as it is required to do by section 13 of the FOI Act.”

She further said that the ministry, whose mandate includes acquisition and application of science, technology and innovation contribution to increase agricultural and livestock production; creation of technology infrastructure and knowledge base to facilitate its wide application for development; and application of natural medicine resources and technologies for health sector development, among others has failed to acknowledge the FOI Act in order to make information relevant to its mandate readily available.

According to Ms Alaba, the ministry failed to proactively disclose list of files containing applications for any contract, permit, grant, licenses or agreement, reports, documents, studies, or publications prepared by independent contractors for institution; and materials containing information relating to any grant or contract made by or between the institution and another public institution or private organisation, as required by section 2 (3) (e) of the FOI Act.

She stated that although the ministry has names and profiles of its management staff on its website, it failed to disclose the names, salaries, titles and dates of employment of all employees of the institution, as required by section 2 (3) (d) (vi) of the Act.

Ms Alaba said the ministry also failed to disclose information on documents containing final planning policies, recommendations, and decisions as well as information relating to the receipt or expenditure of public or other funds of the institution in violation of section 2 (3) (iii) and (v) of the FOI Act.

She added: “Although we cannot determine at this point the scale of non-responsiveness by the Ministry to requests for information from members of the public owing to its failure to submit annual reports for 2011 to 2017, which would have provided that vital information, we know for a fact that it has failed to respond to FOI requests from civil society organizations such as the Public and Private Development Centre (PPDC) and Paradigm Initiative. Instead of providing the information in accordance with the Law, it has opted to waste public funds defending the refusal to disclose the requested information in court.”

Ms Alaba said there was no indication on the ministry’s website or anywhere else that it has designated an appropriate officer to whom applications for information should be sent, and accused the ministry of also violating Section 2(3)(f) of the Act, adding that even the Office of the Attorney-General of the Federation, the oversight body for the implementation of the FOI Act, which maintains a database of such FOI Desk Officers of public institutions, has no record of compliance by the ministry.