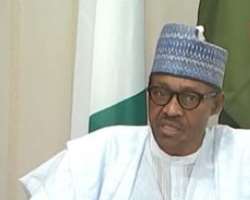 Barring any last minute hitch, the coalition forces which intend to take over power from the All Progressives Congress (APC), and President Muhammadu Buhari, will take another giant step on Tuesday, June 12, as they will announce the platform of the political party on which to contest the 2019 elections.

Before then, the arrowheads of the coalition National Intervention Movement (NIM), Africa Democratic Congress (ADC), Labour Party (LP) Alliance for New Nigeria (ANN) and 10 others will meet tomorrow, to fine tune their strategies and agree on the draft Memorandum of Understanding (MoU), the presidential aspirant, as well as the name of the party under which they will contest in order to give the current APC-led administration a run for its money.

They are going back to the negotiation table after the initial talks broke down. The breakdown was occasioned by their inability to agree on who would lead the party. The talks were held in Abeokuta and moved to Abuja. While a group pushed for a new order and a clean break from the old order, the other wanted anyone but Buhari. Olagunsoye Oyinlola, a member of the Third Force, met with NIM chieftain, Abubakar Tafawa Balewa, both in Abeokuta and Abuja, but the talks broke down. The fresh negotiations, it was further gathered, would centre on how to face the common task. They will attempt to put aside ego, engage one another in frank talk as well as agree on the manifesto, ideology and cardinal programme that can engage and sustain democratic ethos.

Our source, who said that they are leading a 'revolution', said they are not looking for a saint to lead them, but a credible platform. “No one is a saint or Satan. Ours is a revolutionary movement which would throw up leaders with conscience,” our source said.

For this, the movement has decided to make Olisa Agbakoba, former president, Nigerian Bar Association (NBA), as the face of the new breed political grouping.

A source familiar with the happenings in the coalition force said 80 senators (serving and non-serving), 15 sitting and 25 ex-governors, two former Speakers of the House of Representatives have all indicated their interests to be part of the talks.

Also, expected to be part of the negotiations, is the Liyel Imoke Committee of the People's Democratic Party (PDP), which the paper learnt may change its name and identity. “They are interfacing with us,” the source volunteered.

The Obasanjo men, the Sunday Telegraph further gathered, are back to the negotiating table, where the talk would culminate into a Grand National consolidation team.

Most of the national actors spoken to distanced themselves from the talk, especially those of the ruling party. This was as a result of a backlash from their party. “They are careful not to associate with us openly,” said our source. “But they have agreed to work behind the scenes and give the new breed all the necessary support.”

It is after this that they will come out with the manifesto and ideology which is absent in the current dispensation. “It is an aberration for the chairman of a party who does not know anything to come from nowhere and be the leader of the party. This is one of the areas we want to make the difference,” our source explained.

Spokesman of the NIM, Mallam Naseer Kura, confirmed the talks. He said that the NIM is interested in rescuing the country from going into a precipice. For this, they want to make it an all-inclusive. “We want the best for Nigeria. We want those who have the experience, the expertise and to start afresh. We want to stop recycling of those who have contributed to the rot in Nigeria.”

In the meantime, PDP is calculating how it would manage its success in the elections.

The party, which last month, inaugurated a Contact and Integration Committee charged with the responsibility of reaching out to other political parties and individuals who might be willing to forge alliance with it in the 2019 general elections, said absorbing new members who might join it from other political parties may not pose a problem because it has a political arrangement that ensures equitable devolution of powers.

The committee, which has former Governor of Cross River State, Senator Liyel Imoke as its chairman, was initially given two weeks to complete its assignment, but later requested for an extension of time.

Though the mandate was to discuss with other political parties for either alliance or to be absorbed into the PDP, a party source, however, revealed that the major target was aggrieved members of the ruling All Progressives Congress (APC), especially former PDP members (nPDP) who defected to APC before the 2015 general elections.

“We want them back, and the committee is to discuss with them, articulate their demands and report to the party leadership,” the source said.

He added that the delay in the submission of the committee's report is the APC's convention, which has been shifted to June 23.

PDP National Publicity Secretary, Kola Ologbondiyan, was not forthcoming on why the committee is delaying to turn in its report.

But he, however, admitted that the delay is on “the number of Nigerians in APC who want to leave the party either as groups or as individuals” who he said “are too large for our committee to complete its job just within two weeks.

Ologbondiyan said Nigerians are more than united and ready to rally round PDP to rescue the country from the APC led Federal Government.

“We want all Democrats in Nigeria to join the Peoples Democratic Party and kick out this incompetent government,” he requested.

Asked how the party would be able to manage its victory if PDP wins in 2019, given the crisis that has dogged the APC since 2015, the party spokesperson said that the PDP is a well-restructured party.

“The Peoples Democratic Party is in existence for more than 20 years. Its organs are well defined and the functionalities are clear. People who are coming, either in form of alliances or to formally merge with the party, are coming into a party that is formidable, that has structures, that its organs are functioning.

“As a result of that, the issue of engagement will be in the areas of elections and the ability to oust the incompetence of the APC and its Federal Government.

PDP is super good when it comes to the issues of power engagement. We have used the issue of geopolitical zones arrangement as a form of devolution of power effectively,” he boasted.

Despite the confidence of the party to return to power next year, people are still leaving the PDP to other parties.

But Ologbondiyan said this would not affect the fortunes of PDP.

He said the advantage PDP has over other parties is its consistency, but quickly added that the nation's democracy is still evolving unlike the United States of America and the United Kingdom where people are known, even by families, to parties.

“Parties that started with PDP 20 years ago, some of them are hardly remembered today, but PDP has survived it. APC came. Where are they today?” he asked.