Why A Social Contract Is Inevitable For The Common Man 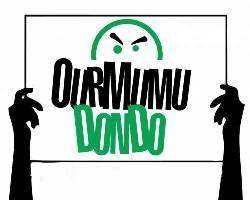 Fellow Nigerians,
There is a saying in Nigeria that when you have a behemoth ahead of you, you fight it; when the behemoth is behind you, you face it and fight it, too; but when you are alone, you must rethink your strategy.

For a country endowed with immense human and natural resources like Nigeria, fifty-eight years is too long a time to be plagued by lack of basic amenities and leaders who are primarily driven by self-greed than they are common good.

It is almost a commonplace assertion that when leaders fail to provide solutions, they are unworthy of their appellation. The trend of failure in leadership in Nigeria has been emblematic of betrayal, incompetence, and executive dereliction. The decades-long demonstration of goodwill and selflessness by we the people of Nigeria have brought us nothing but brutal betrayal of faith and trust by political leaders. By engaging in dereliction of political obligation, leaders in high and low chambers of power have remorselessly sabotaged our commonwealth. Now we are at the precipice of the Rubicon River and, we have the option to either return to the manacles of executive lawlessness and political slavery or press on to reclaim our collective wealth. For there is no better way to demonstrate patriotism than to pursue a cause in which the common man may derive fulfillment.

Suffice it to say, peace and development are mere words where injustice, tyranny, and anarchy reigns.

Since the beginning of the Fourth Republic on 29 May 1999, politics in Nigeria has been a one-sided affair. Rather than politics of inclusion, what has been in vogue is the politics of deception and oppression. And when deception goes on for too long, in a particular society, it becomes the norm. Whereas oppression is easily noticeable, deception is not. And when oppression goes on for too long, the people, out of fear or personal benefit, become mute and numb. The greater good, for which leaders are democratically elected, is often relegated for self-good when the people fail to hold leaders accountable.

Again, it is often deliberate, when leaders neglect their political obligation and democratically practice dictatorship, and sufficiently preoccupy the people with inanities and frustration, while they loot and plunder, as we have seen in recent times. This Machiavellian style of leadership has been more evident in Nigeria's polity than not. The cycle is a vicious one that derails governance completely.

To be exact, the process through which a leader emerges in a democratic society is enabled by the collective will of the two parties earlier mentioned, to be so committed. But it is important to note, that we the people have all the aces at this initial stage of the union; to either vote for the politicians or not. For it is a great sacrifice and unparalleled display of courage, that we the people are yielding our natural right to govern, to a person or persons, who will represent and protect our collective interest, while we remain law-abiding, and perform our social and civic obligations.

It is also important to note, that a contract is born, at the point where both parties pledge their absolute commitments to the union. This contract is also called a social contract. For it is indeed a social contract when we the people commit ourselves to the process of democratically electing a leader or leaders, who in exchange for our votes, bring prosperity, development, and peace to our society, ensuring that not some, but all of us, are beneficiaries of good governance. However, I must emphasize that social contracts are born to protect the interest of the parties involved. When one party fails to honor the deed of the social contract, it is incumbent on the other party to the contract to visit consequences upon the one who first broke the contract. In our case, we the people of Nigeria have the supreme power in a social contract, at any point in a democratic space; whether before, during, or after an election, so long as we remain honest to our obligations in the contract.

To be clear, when for instance, a party seeking a contract before election promises to create three million jobs per year and generate, transmit and distribute at least 20, 000MW of electricity within four years; Ban all government officials from seeking medical care abroad; State and community policing, public declaration of assets and liabilities, among other vain promises, and fails to honor these promises after election into office, it behooves the other party to such contract, in this case - the people, to effectuate mass public disobedience throughout the tenure of such party in power until he either concedes to the people or, if he remains arrogantly defiant in power whilst his honor and integrity is shredding away, be punished by means of denial to cast a vote for him during a re-election bid.

It is also important to note that a social contract between the people and politicians is a critical tool to dissuade and eradicate corruption and boost moral integrity in our electoral process. The politics of stomach-infrastructure is endemic in Nigeria's electoral process, so much so that it permeates every nook and cranny of the polity. This ignoble tradition is harmful to our collective moral integrity. It threatens collective reasoning, stifles development, and empowers corruption on a mass scale. However, if we must demand a social contract, we must do so with absolute honesty and emulous morality. It is simply hypocritical, to demand a standard to which one stands aloof, from others.

It must be emphasized, however, that the primary importance of a social contract is to define mutual obligations between we the people and the politicians. It is to enhance the ideals of rationalism and criticism. For he is a dunce, he who enters a contract without the intention of demanding accountability when his counterpart defaults dishonorably. Again, when we the people demand a social contract before voting any politician, we create a room for accountable democracy in our polity. Nevertheless, it is not enough to demand a social contract before an election and return to sleep afterward. For slumber enables non-resistance, which ultimately encourages misrule in governance. For it is human nature, to be selfish and unaccountable when there are no checks and balances.

As recently seen with Park Geun-Hye of South Korea, Robert Mugabe of Zimbabwe, and even Jacob Zuma of South Africa; corruption thrives easily in an environment where the people fail to ask questions. The collective will of the people is ultimate and unassailable.

In conclusion, therefore, I must emphasize that the responsibility of we the people is to act as the ultimate watchdog in a social contract. Politicians cannot be trusted. However, we stand a better chance at good governance when we demand a social contract than not. For there is a similitude between a social contract for the common man and a soccer team captain. In a common man contract, a politician is democratically elected through a collective will of the people to give up their right to govern, for the politician to deliver good and accountable governance for all. Likewise in a soccer team, a captain is chosen to represent the common interest of the team and demonstrate capacity by gingering the team to win. However, when a team captain is sluggish and dull, he gets replaced quickly. In the same vein, we the people of Nigeria must create a precedence to hold our leaders accountable by joining the OurMumuDonDo Movement to propagate the significance of demanding a social contract from politicians especially as the 2019 general election is fast upon us.

Our Mumu Don Do!
Adebayo Raphael is the National Secretary of OurMumuDonDo Movement. He writes from Abuja and can be reached via Twitter (@adebayoraph) or email ([email protected]).