Buhari gave reasons why he kept quiet as Obasanjo attacks his government, legacy 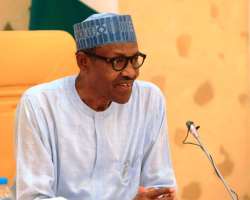 With each passing day, former President Olusegun Obasanjo unravels another piece of President Buhari’s legacy. The economy, his administration, security and now, he alleged the president is bent on arresting him on trumped-up charges with fake evidence and witnesses.

And yet President Buhari watches from the sidelines, mostly silent, as the former leader punches holes in the wall of his legacy.

President Muhammadu Buhari on Friday night disclosed that he and former President Olusegun Obasanjo belong to the same constituency (military) and those working for him are his juniors, they will never respond to latter’s attacks on his government.

Buhari last night said he won’t respond to Obasanjo’s negative attacks that are coming at him from all sides as he receives members of the Buhari Support Organization who paid him a visit at the presidential villa, Abuja. The Minister of Information and Culture, Alhaji Lai Mohammed, had in a statement responded that the administration is too busy trying to clear the mess of 16 years and build on its unprecedented achievements over the past three years to waste its energy and time on framing up anyone or dwelling on issues that are not grounded in fact.

According to President Buhari, he stopped his Special Adviser on Media and Publicity, Femi Adesina from replying the letter written by Obasanjo against his administration due to Adesina’s age and hence respect for elders.

He added that the second reason was that himself and the former president were from the same (military) constituency.

“We were constraint to explain our position when the former head of state wrote a letter. Adesina, my Special Adviser on Media, was agitated and wanted to immediately reply. I stopped him for two reasons; firstly, he was much younger than both myself and Gen. Obasanjo.

“Secondly, we came from the same constituent with Gen. Obasanjo. So, I wouldn’t know how it will affect him if I allow him to go wild or to go public. But when Lai Mohammed came I said he shouldn’t he insisted, he said `no’. He disobeyed me.

“He said I must allow him to talk. Then, of course being a professionally information person I listened to him and asked him what are going to say? He said he was going to remind Nigerians where we found ourselves when we came in as a government, where we are now, what we have done in between with the resources available to us.

“And I understand he did a good job because a number of people rang me and said Lai Mohammed has done a good job because I went public in several times, I said it is on record and I challenged anybody to check from Europe, United States and Asia that between 1999 and 2014 the 16 years of previous administration there was an average production of (crude oil) was 2.1 million per day at the average cost of 100 dollars per barrel. Buhari reiterated that he deliberately refused to replace the governor of Central Bank of Nigeria (CBN) when his administration took over in May 2015 because he wanted to give him the opportunity to salvage the economy from its terrible condition.

The President, who thanked his teachers during his primary school days for their efforts to inculcate good morale on him and his mates, stated that his administration would continue to invest heavily in education so as to correct the social ills in the society.

He disclosed that administration had resolved to put money in the area of infrastructural development so as to address infrastructural deficits and subsequently ensure speedy socio-economic transformation of the country.

“It is now that we are struggling to put the structure on the ground – the roads, to revive the rail and do the standard gauge and try to spend objectively on power.

“If we put money in infrastructure, it will create employment opportunities and then Nigerians will mind their own businesses, they wouldn’t even mind what the government is doing once the infrastructure is there.”

Buhari, therefore, reassured that his administration would continue to spend more funds to upgrade the nation’s infrastructural facilities, saying that already the government had expended over N1.3trillion on capital projects across the country.