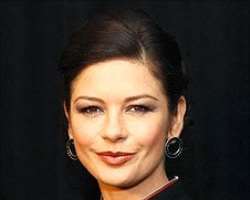 Oscar-winning actress Catherine Zeta Jones has been appointed a CBE in the Queen's Birthday Honours List.

The Welsh star is honoured alongside actress Sophie Okonedo and Midsomer Murders actor John Nettles, who are both given OBEs.

Derbyshire, who plays Emily Bishop, made her first appearance in 1961, while Knox (Rita Sullivan) has been a regular since 1972.

'Totally staggered'
Knox, 76, said she was “absolutely shocked and delighted at the same moment” to be recognised.

Actress Anne Reid, who played Ken Barlow's first wife Valerie in the show during the 1960s, is also appointed an MBE.

She is also known for her roles in Victoria Wood sitcom Dinnerladies, and picked up a Bafta nomination for playing a woman drawn into a relationship with a much younger man in The Mother.

“I have always tried to do my job as best I can but I never dreamt in a million years I would be honoured in this way,” Reid said.

Okonedo has appeared in a string of screen roles, gaining an Oscar nomination for 2004 feature film Hotel Rwanda.

Velvet Underground co-founder John Cale is honoured with an OBE

She gained a Bafta nod for playing a feisty lawyer in Criminal Justice, and portrayed Winnie Mandela in a recent BBC drama.

Nettles, the central character of Jersey-based detective drama Bergerac, which ran for nine series, said he was “absolutely thrilled and delighted” with his honour.

Other small screen names to be recognised include TV presenter Fred Dinenage and American-born playwright Bonnie Greer, a regular on Newsnight Review.

Dinenage, who was a host on children's show How 2 and presents Meridian News, said: “I'm being honoured for enjoying myself.”

From the world of literature, popular horror writer James Herbert is honoured with an OBE.

The 67-year-old said he was “totally staggered and deeply honoured” by the honour, adding he never imagined he would receive one for penning horror stories.

Guyanese-born author Wilson Harris, whose work includes the Carnival trilogy and a novel based on the mass suicides inspired by cult leader Jim Jones, is made a knight.

Yorkshire-based contemporary poet Simon Armitage is made a CBE, while Wendy Cope – popular for her lighthearted and often whimsical verse – is appointed an OBE.

Musician, composer and one of the original members of the Velvet Underground, John Cale, is recognised for his work with an OBE.

The Welshman co-founded the rock band with Lou Reed, but was asked to leave in 1968 due to artistic disagreements with the frontman.

He went on to record some 30 solo albums and has collaborated with a number of musicians including Patti Smith and Marc Almond.

Graham Nash, a member of supergroup Crosby, Stills and Nash, has been honoured on the Diplomatic and Overseas List with an OBE.

Born in Salford, guitarist Nash was a founder member of The Hollies, famed for hits such as Here I Go Again and Just One Look.

Nash left the group in 1968, moving to Los Angeles and eventually becoming a US citizen, he teamed up with David Crosby and Stephen Stills for the folk supergroup. They were later joined by Neil Young.

Speaking of his honour, he said: “Everything I learned about being a decent human being I learned in England and I am grateful to be honoured by the country of my birth.”